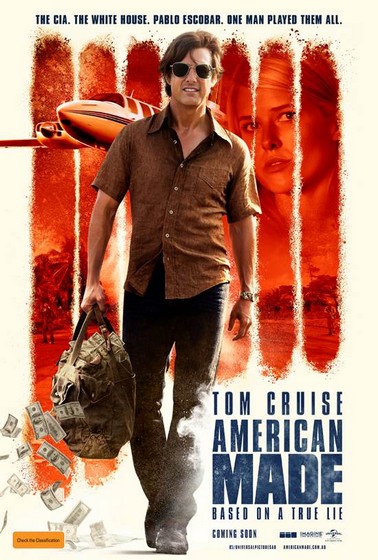 In American Made, Tom Cruise reunites with his Edge of Tomorrow director, Doug Liman, in an international escapade based on the outrageous (and real) exploits of Barry Seal, a hustler and pilot unexpectedly recruited by the CIA to run one of the biggest covert operations in U.S. history.
American Made is in Cinemas August 24. www.americanmade.com.au

American Made director Doug Liman is no stranger to action movies, but he cut his teeth in the genre on which 2002 spy-thriller starring Matt Damon?