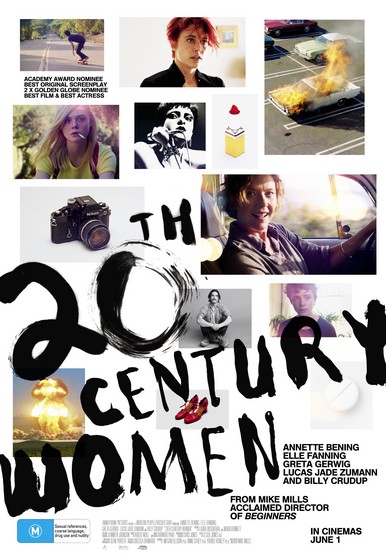 We have 10 double in-season passes thanks to Eone Films.

Set in California in the summer of 1979, Annette Bening, Greta Gerwig and Elle Fanning star in 20th Century Women, a richly multi-layered, humorous and heart-stirring love letter to the women who raise us and the times that shape us, from acclaimed writer/director Mike Mills (Beginners). The film centres on Dorothea (Bening), a single mum raising her teenage son at a moment brimming with cultural change and rebellion. To help guide him through life, she enlists the help of the two women in their lives; Abbie (Gerwig), a free-spirited, punk-loving photographer living as a boarder in Dorothea’s home; and Julie (Fanning), a savvy and provocative teen.

Star of 20th Century Women, Greta Gerwig, was recently seen alongside Natalie Portman in which film directed by Pablo Larraín?