Whitney is a well-researched and revealing film from Oscar-winning filmmaker Kevin McDonald (Touching the Void). It’s the second documentary in as many years charting the rise and tragic death of pop diva Whitney Houston.

Nick Broomfield’s Whitney: Can I Be Me centred more on her later years. it charted her decline through drug abuse and her untimely death at the age of 48. Broomfield’s documentary was more of a muck-rucking effort. He spent a lot of time probing her self-destructive behaviour, and her controversial relationship with close friend Robyn Crawford. That film also centred around the rare backstage footage from her 1999 World Tour, in which her physical decline became more obvious. It felt disjointed and limited in scope. 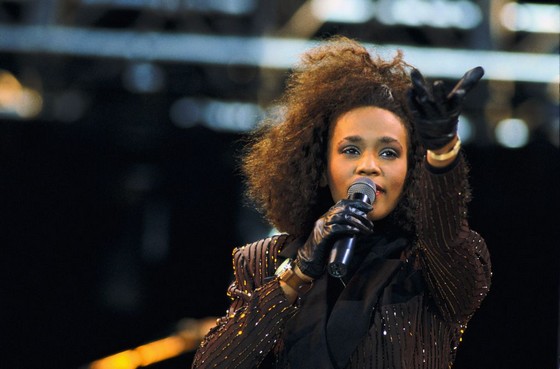 And while McDonald does explore some similar territory, he gives us a more comprehensive look into Houston’s life. He spends a lot of time exploring her early years and her spectacular rise to fame. This is more revealing than Broomfield’s film.

Whitney was born and raised in New Jersey during a troubled period of American history. McDonald cleverly integrates newsreel footage of race riots and burning buildings to provide some context. He draws on a range of archival footage, early television appearances, candid interviews and anecdotes to give us a comprehensive picture of Whitney and her life. There’s footage of her memorable appearance at the Superbowl in 1991, where she delivered a haunting version of the national anthem. There’s even an interview with Clive Davis, the head of Arista Records, who talks about signing her to his label.

Houston had a run of seven consecutive number one singles on the Billboard charts. The soundtrack album for her 1992 movie The Bodyguard yielded the successful hit “I Will Always Love You”. It’s still the bestselling hit from a female artist. And McDonald showcases her voice; providing audiences with more music than Broomfield to remind us of the enormity of her talent.

McDonald’s film also has the seal of approval from Houston’s own family. This means he’s been granted greater access to her life. He gives us extensive and revealing interviews with Whitney’s mother Cissy, herself a singer and a big influence on her life. There are extensive interviews with other family members, colleagues and friends.

But McDonald doesn’t pull his punches. One candid interview reveals allegations of childhood sexual abuse. Her brothers also admit supplying Whitney with drugs, long before she met rapper (and later husband) Bobby Brown. Brown himself appears in an awkward interview, in which he refuses point-blank to address the issue of drugs and how they contributed to her downfall. McDonald also hints at the emotional damage the volatile relationship between Houston and Brown inflicted on their daughter Bobbi Kristine. She also died tragically in similar circumstances three years after her mother.

Many other interviews that McDonald considered boring or lacking deep insight, eventually ended up on the cutting room floor.

Whitney is a celebration of Houston’s life and achievements. But it does explore the highs and lows of her career. Amy remains one of the best music documentaries. While Whitney is not quite in the same league, it’s still a revealing glimpse into the life of one of the great music superstars of our time.