It’s not hard to see why West Side Story has become such a staple. The tale it tells continues to resonate – in fact perhaps even more so today. Whether we’re talking gang violence or racial or religious divisions, the enmity continues unabated. The depth of feeling in the way the story is told – the highest of highs and the lowest of lows – gives it a power unto itself. 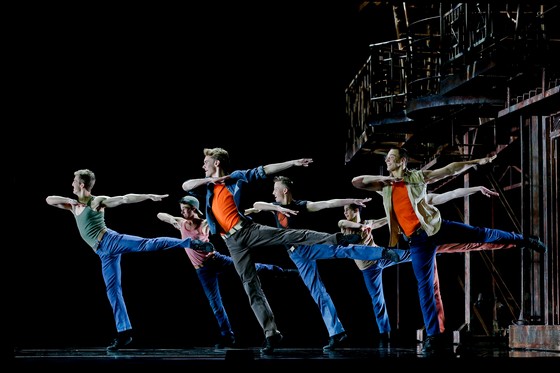 The story, set in the mid 1950s in New York City’s Upper West Side, explores the rivalry between gangs from different ethnic backgrounds. The Sharks are Puerto Rican, while the Jets are a group of working-class Anglo-Americans. The young protagonist, Tony (Todd Jacobsson) – a role model for the Jets – falls deeply in love with Maria (Sophie Salvesani). She’s the sister of Bernardo (Lyndon Watts), the leader of the Sharks. But the tension between the gangs puts immediate pressure on the blossoming relationship, which has little hope of prospering.

The serious theme, sophisticated music, extended dance scenes and focus on social problems marked a turning point in American musical theatre. Featuring music by Leonard Bernstein, lyrics by Stephen Sondheim, choreography by Jerome Robbins and based on a book by Arthur Laurents, West Side Story was a theatrical triumph. Numbers like “Maria”, “America” and “I Feel Pretty” remain timeless crowd-pleasers. Orchestra Victoria under conductor (and musical supervisor) Donald Chan supplies the music here. Joey McKneely directs and choreographs West Side Story circa 2019; and it still packs punch.

The predominantly young, exuberant cast of 31 serve the material well, elevating it. With strong voices, the two leads – Jacobsson and Salvesani – convey their characters’ tenderness and affection for one another. The “rumble” that should never have been will, of course, doom the relationship. Chloe Zuel is memorable, bringing a feisty, indignant quality to her bravura showing as Anita, Bernardo’s girlfriend.

The bar is set high on this production from the balletic opening scene in which the Jets and the Sharks diss one another in a very public display of their true colours. It features a lot of spectacularly choreographed running, leaping and diving, giving the show a frenzied quality. 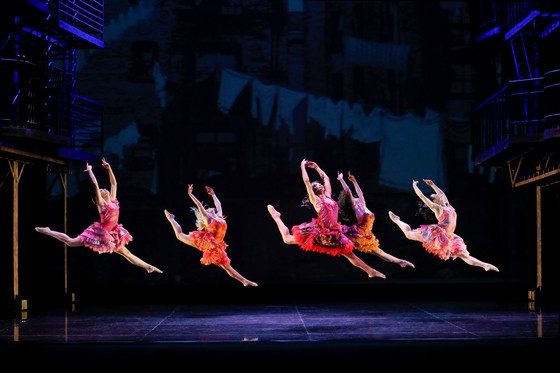 The organised mayhem inevitably leads to the tragic downfall of these young punks. That’s despite of the best efforts of store owner Doc (Ritchie Singer) and the police – Lt Schrank (Paul Dawber) and Officer Krupke (Dean Vince) – who try to knock some sense into them. They think they know better, when they haven’t thought through the potential consequences of their actions.

The imposing “rusty” industrial set (Paul Gallis is responsible for set design) with video backdrop works a treat. The costuming draws a contrast between the plain looking, jeans-clad Jets and bright, colourful and more elegant Sharks (including the beautiful, florally dressed ladies). It’s another winner. Renate Schmitzer is the costume designer.

Has there ever been a more emotive story told through song, dance and dialogue? I think not. West Side Story is – and always has been – a cut above. This Opera Australia production is on at Arts Centre Melbourne until 28 April 2019.