The unerring passage of time as death nears is the subject of Wakey, Wakey. In it, an everyday man contemplates what has gone before. He is Guy, a role filled by Justin Hosking who has a delightful demeanour. 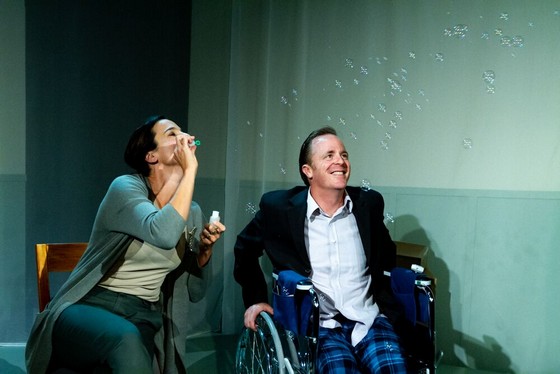 The first lines say it all: “Is it now? I thought I had more time. Wow. That was quick.” I dare say many of us will feel that way when the end is nigh. I recall my father saying to me how quickly the decades swallow you up and it just hastens as the end nears.

New York playwright Will Eno’s latest play is both a celebration and a meditation on life, which prompts us to re-examine our relationship with the world. It’s both happy and sad. It is about leading a meaningful life and there is plenty of good humour in among the verbiage, even a word game.

At various stages, Guy reads from cue cards as if delivering a eulogy at his own funeral. He addresses the audience directly in the guise of talking to his friends and acquaintances … and anyone else who would care to listen. Guy comes across as a decent, caring man – a man of dignity – and yet for all of that he apologises a lot, when he, of course, need not. Late in the piece, he’s visited by a nurse who will stay with him until he draws his last breath. She is sympathetic and patient. This relatively small role is filled by Nicole Nabout.

For the lion’s share of the production, it’s just Hosking on stage aided by lighting and sound effects along with some photographs and video – some of it quite quirky –through which to travel down memory lane. I must say that my personal experience with death through that of several loved ones is not at all in keeping with the vision that Eno has created here. It was far more brutal and de-humanising, so that gave me cause to question the softly, softly treatment of the subject matter. I took this to be a kind of utopia that, although desirable, isn’t real life. 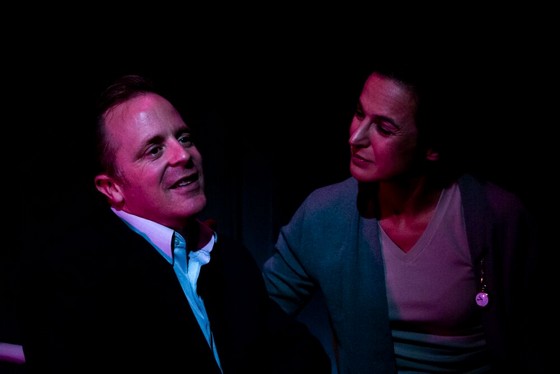 Although the play is only 70 minutes without interval, I also felt that Wakey, Wakey laboured. I thought some patches were flat and others rather barren or prone to pleasant platitudes. Direction is by David Myles. Interestingly, I found the visual ending the most moving, emotional and distressing element of the play. That’s when I shed tears … when I started thinking about my own loved ones who had passed.

So, to its credit Wakey, Wakey causes you to reflect and feel – which I expect was the whole point – but I still didn’t find the experience totally satisfying.