Savvy, funny and shocking, Unsolicited Male gains momentum as the stakes are ratcheted up.

Wendy (Kym Valentine) is a hard worker who regularly puts in 12-hour days. She was in a long-term relationship but it ended abruptly. Now she’s single and her closest thing to a companion is a goldfish. Wendy’s boss Zeke (Russell Fletcher) has been divorced for almost five years, and has two young daughters. He’s delighted by the impact Wendy has had on the firm. 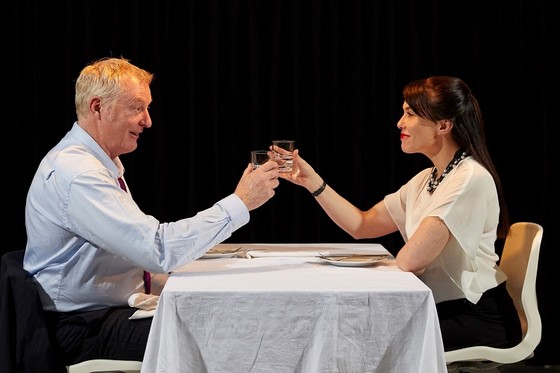 Their situation however turns from platonic to intimate and that’s only the start of the complications. Zeke seeks counsel from his effusive life coach, Noah (Liam Seymour), while Wendy turns to her horrified sister, Chelsea (Gabriella Rose-Carter).

This play provides much food for thought and provokes further discussion on a vitally important subject.

Kym Valentine all but steals the show in a commanding performance.

Sharon Davis excels in the verbiage-dense Alone Outside. This hour-long play by Liz Newell explores the awkwardness and nostalgia of returning home.

Daphne is a city slicker in marketing who has recently broken up with her boyfriend. But she grew up in the bush. The tiny country town was not without its charms, but now Daphne has little love for it. She certainly doesn’t relish the long drive back there, even if it is to visit her ailing grandmother. Daphne is none too keen on seeing a couple of old school friends, is initially dissed by a former work colleague and has a physical altercation with her former best mate, Aidan. 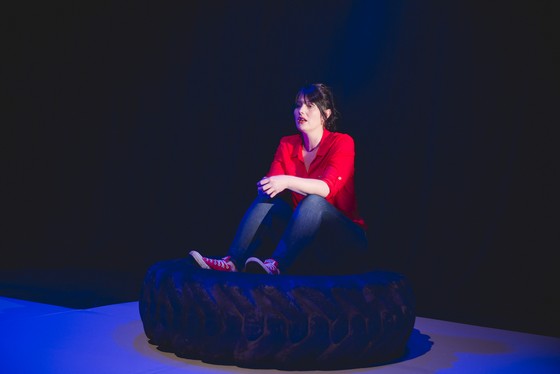 Davis is particularly expressive and keeps a steady – at times heady – pace as the words keep tumbling out of her. Her mood shifts from reflective to contemptuous, from sad to angry as she channels Daphne.

Director Lyall Brooks keeps a tight rein on the production. The play revisits ghosts of the past and ultimately provides a sense of resolution. Presented by Lab Kelpie, Alone Outside is playing at Arts House in North Melbourne until 29 September 2018.