An intense and claustrophobic alien creature feature that fails to reach any great heights, Underwater takes its sweet time to bite. 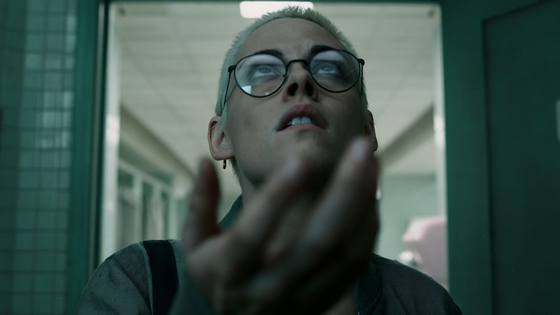 More than 10 kilometres below the ocean’s surface, something has awakened.  The crew of the Kepler mining operation understood there would be hardships on their mission. Thirty days confined to the narrow corridors and cramped cabins of an undersea rig built to withstand the incredible pressures of drilling at the bottom of the ocean.

But in the aftermath of a devastating earthquake, all hell breaks loose. Alarms shriek as torrents of water explode through the reinforced concrete structure with unimaginable force, tearing it apart in a matter of seconds.

Through her quick thinking and resourcefulness, electrical engineer Norah Price (Kristen Stewart) manages to save herself and stave off imminent disaster, but at great cost. Unable to send a distress call and with their escape submarine destroyed, things look bleak for Norah and the handful of other survivors. They include the captain, Lucien (Vincent Cassell), marine biology student Emily (Jessica Henwick), operations expert Smith (John Gallagher Jr), systems manager Rodrigo (Mamoudou Athie) and resident smart-ass Paul (TJ Miller).

In short, they are left with no good options. Their only shot at survival lies in walking across the ocean floor toward a distant, abandoned rig, the Roebuck. Then they hope the Roebuck’s communications equipment is still in good working order or that there are enough escape pods to transport them all to safety. But their perilous journey is made even more treacherous as they begin to suspect that they’re not alone beneath the waves.

Something – a dangerous predator – is following close behind them, ready to strike at any moment. Casualties are inevitable.

Let’s face it, as much as it may want to be Aliens under sea, Underwater doesn’t come close to measuring up.

The best thing about it is Kristen Stewart, who does all she can to resuscitate a script by Brian Duffield (Insurgent) and Adam Cozad (The Legend of Tarzan) that doesn’t excite. Part of that has to do with the trite dialogue and the characterisations, which are largely procedural and uninventive.

And, at times, the sound effects mask speech. To be churlish, perhaps that is a good thing. Stewart plays up the situation and her character’s bravado with concerned looks. She even strips down to her underwear to add sex appeal, which, I dare say, nobody will mind.

But when a movie relies on that to hold interest, as it does here, that spells trouble. In a smaller role, Vincent Cassell holds his own as the commanding officer.

Beyond that, I’m afraid the whole thing is not much chop and that includes the direction of William Eubank because Underwater felt stretched at only 95 minutes. Sure, there are a couple of jump out of your seat moments in the run home, but we needed to build a greater affinity with the players and care more about the outcome.  Rated M.