Have you thought about running your own pub? Could you resist drinking the profits? What about the diverse range of regular customers you’ll engage with? In Two, the attraction of pub ownership will either be cemented or disintegrated before your very eyes! And the three words you never want to hear are “on the house”.

Two is a reference to the number of actors in the play who portray fourteen different characters during the 90-minute performance. It’s also an acknowledgement that it usually takes ‘two to tango’, as many of the conversations explore the challenges which exist in relationships between two people. 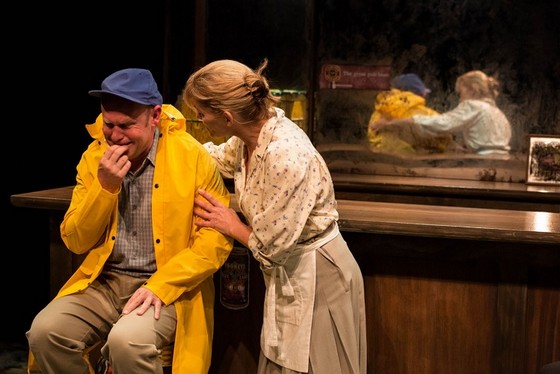 The play is set in a country pub in NSW in 1989. The anchor characters are the landlord and the landlady, a husband and wife team living out their (mainly the wife’s) dream. It begins on a busy night, they are both behind the bar serving drinks. They clearly know their craft as they exchange pleasantries with their regulars. We detect some baiting comments between the two but there are smiles which belie the undercurrent of tension. It’s an endless circle of pouring drinks, giving change, wiping down the bar and collecting dirty glasses. Ditto the next day and the next…

Among this endless routine are the characters that come along. The play is a terrific series of sketches, independent in themselves but united by their link back to the landlord and landlady.

The writer, Jim Cartwright, has created characters we can all recognise. He clearly has spent many hours in pubs researching for this play. They are all spot on! Some we like some we dread, others we loathe. Like Ray and Leslie. Ray seems to have ‘small man syndrome’, constantly belittling Leslie and accusing her of eyeing other men in the pub. The only way he can manage his own inadequacies is by feigning an apology followed by a hard slap across Leslie’s face. Some in the audience wanted to give him ‘what for’.

Most of the play is comical/drama. The characters of Old Man and Maudie were show stoppers. Fancying himself as the disco king, Old Man puts his back out, after having chatted up three “bewdiful” ladies in the audience; and Fred and Alice, Elvis fanatics who watch television in the pub. They lament how fat and old they are. Alice clarifies their status, saying “sad fat, poor old”. For a lesson in remembering drink orders, pay attention to when the ‘bucks party’ arrives. Landlord shouts “quick, put the prices up” and his recital of their drink order is outstanding!

This play has all the hallmarks of excellent directing. With only two characters on stage at any time, Mark Kilmurry maintains plenty of action and movement and successfully links audience to actor. We become the other patrons in the pub as landlord and landlady interact with gestures, smiles and friendly comments.

Jim Cartwright’s play is upbeat however he uses the landlord and landlady as an example of how strong relationships must be built on understanding. In an admission of their failing marriage, the landlord cries out “we bicker, but underneath was love; now it’s just hate”. Crucial to the success of this production are the two actors Kate Raison and Brian Meegan. The diversity of characters they cover give them free rein to ‘act’. Their ability to quickly transform from one character to the next and provide the necessary humour, sincerity, rapport, tension and credibility was most impressive. Both were outstanding in my view. 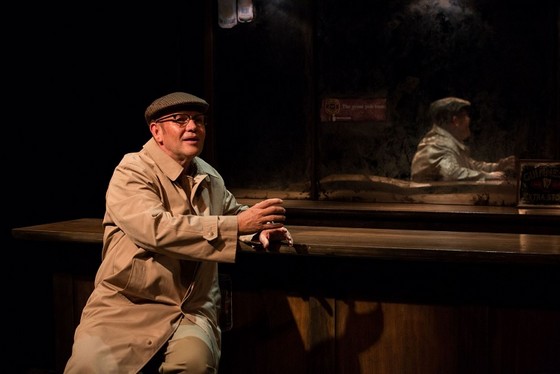 Full marks to all the creatives: the set was a great reminder of old pubs once frequented. The only thing missing was the smell of stale beer in the carpet. Music and costumes worked perfectly as vehicles to relive the late 80’s.

Two is a great show you’ll want to see more than once. You will be mesmerised!

Ensemble Theatre’s Two is touring through regional NSW, Victoria and WA until 30 April 2019. For dates and venues, go to Ensemble’s tour page.