In many Westerns (movies), the plot involves two brothers with opposite personalities, fighting for the love of one woman. In a modern day western True West, set in the suburbs of Los Angeles and the two brothers wrangle for the favour of the Hollywood producer, who is eager to pay good money for a unique plot and a solid screenplay.

Sam Shepard has written a compelling and spellbinding drama in True West. The characters are believable and there are some confronting moments as the two brothers struggle to sidestep past hatreds and stumble into a new understanding for each other. It’s a story with action, humour and unexpected outcomes. Austin has come to house-sit his mothers’ home whilst she holidays in Alaska for a few weeks. This is a great opportunity to work on the screenplay he hopes to sell to Saul, the movie producer. He’ll have the house to himself so he can completely concentrate. 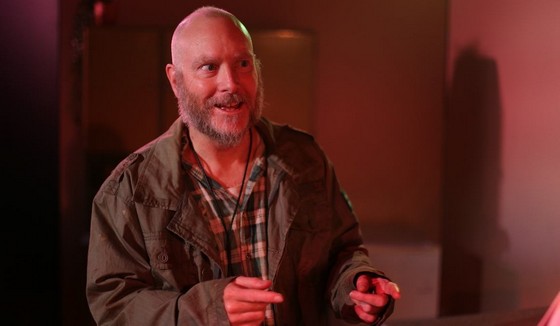 Unfortunately for Austin, his estranged older brother Lee has turned up unexpectedly and his concentration has flown out the window. The two brothers have had no contact for 5 years. As Austin tries to write his screenplay, Lee stands watching, drinking beer and whisky, taunting his brother about his wealthy lifestyle in the movie business. “What’s the toughest part? To jog or play tennis?” sneers Lee.

Lee is a lost soul. He spends most of his time in the desert country, working odd jobs and hocking stolen goods. He’s good at that. Female companionship from escort agencies are only a phone call away. In a chance meeting with Saul, Lee uses his gift of the gab to convince him of a concocted story which would make a great movie. Saul is an opportunist and shifts allegiances to whatever idea will make the most money. Over a game of golf, he tells Lee he will drop Autsin’s love story and go with his tale about a thrilling chase through the desert by one man determined to kill another.

This becomes the catalyst which unleashes further rivalry between the two brothers. However, each one now needs the talents of the other in order to take new directions in their lives.

Michael Kassulke plays an excellent Austin. The character is serious, successful and proud but frustrated by his brothers bullying and fast-talking style. Dean Tuttle is a convincing Lee. His body language, fixed stares and quick temper were a great contrast to Austin’s more subdued character. The producer Saul was splendidly played by Tony Barea. This role required a degree of high confidence and commanding stage presence. In the role of Mom was Susan Jordan. The look of shock on her face as she unexpectedly returned from Alaska was memorable.

I liked the direction by Dimity Raftos. Regularly placing Austin and Lee at extreme ends of the stage signified the divide between the two brothers. A distressed ‘desert’ theme ran throughout the play in contrast to the safe ‘home’ theme. The alluring scent from cooking toast on stage was an effective technique to link the audience to the sense of comfort that home provides. 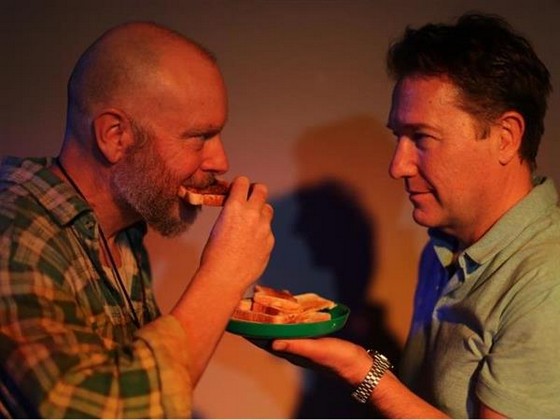 There were lots of props used in the play such as a typewriter, whisky and a golf set; all practical inclusions to enliven the action. The set by Kelly Sharpe was nicely done. Jacinta Frazelle used lighting to accentuate key scenes as well. An interesting approach for scene changes was the guitarist Christopher Daw who put his own spin on the play’s mood.

I found True West to be a sorrowful tale. However, there is enough humour and hope to uplift the message. With a talented cast and crew, this production is well worth seeing!

True West is on at Limelight on Oxford, 231 Oxford Street , Darlinghurst until 16 June 2019. Bookings: www.limelightonoxford.com.au