This Wide Night deals with the trials and tribulations of a couple of ex-cons – former cell mates – from English playwright Chloë Moss.

Marie (Claire Sara) looks to have it all together. She’s finally extracted herself from an abusive relationship with a bloke who is still on the gear. She has a job at a bar and appears to be sailing along; until a woman (who could be her mother) turns up unexpectedly. Tightly-wound Lorraine (Sancia Robinson) has been inside for 12 years. Although Lorraine says she’s there to check up on her old bestie and isn’t looking to stay,  the audience know that isn’t the case. Lorraine is a needy pill-popper who gets nervous when Marie leaves the unit – and is in Marie’s face when she’s home. In short, Marie feels smothered by Lorraine. Lorraine receives a letter from her estranged adult son, who wants to see her. Then, in the final act, the play is turned on its head and Marie becomes the vulnerable one. 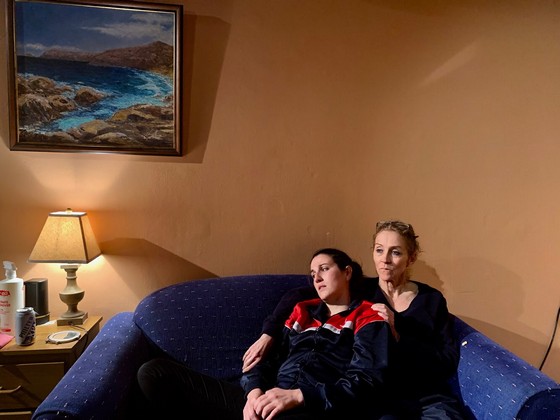 All the action takes place in Marie’s rundown apartment. Jacinda McLaughlin is responsible for stage management.

I admired Claire Sara’s naturalness throughout. She was plausible. She felt real as the younger former felon. Not so much Sancia Robinson, who pushed too hard to represent Lorraine as a force of nature. Robinson needed to throttle back a bit.

I found the opening scenes dragged. As a result This Wide Night laboured and took me some time to warm to. I thought director Elias Jamieson Brown needed to tighten the reins. Much was predictable, so that didn’t help matters. The twist was a relief, but it came late in the piece. At 75 minutes without interval, the production felt long.

This Wide Night is playing at The Burrow, 83 Brunswick Street, Fitzroy until 28 July 2019.