The Wych Elm is one of those releases that I’ve had circling in my library pile for ages and keep meaning to come back to. All the opinions I’ve heard in the year and a half or more since its release have been positive and fresh off the back of viewing (and reviewing) a Tana French TV adaptation, and in this time of catching up on all of the things, so here we are. 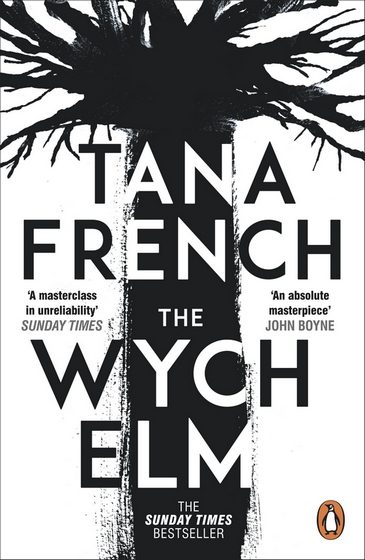 Toby has always led a charmed life.  Always able to sweet talk his way out of a bad situation or flash the offended a winning smile, it comes to a shock to the young Londoner that he actually isn’t invincible. Beaten to a pulp by two home intruders, Toby’s life and physicality is so reduced that it becomes a full time job for him just keeping up appearances. Toby’s lovely girlfriend Melissa is keen to get him out of the flat where the attack happened and thus urges the shaky Toby to bow to family pressure and move in with Hugo, a beloved uncle who is succumbing rapidly to the twin perils of aging and advancing dementia.

Ivy House was always a safe haven for Toby and his two cousins, Susannah and Leon. Lots of parties held under the benevolent eye of Hugh were enjoyed by family and friends at Ivy, though the cousin’s individual memories of this time are quite different.  Toby was always the popular one, knee deep in female admirers and bro admirers also, only really putting in a hard word when it was absolutely needed so as to not make life too difficult for his golden teenage self.  When a skeleton is found high up in the hollow of an Ivy House garden tree, it shocks all of the family to realize that it had likely been up there for the entirety of their late teen years. Present for all of the parties, present for the catchups of three young people making plans for the rest of their lives.  It could not have made it up there without the knowledge of at least one of the family members, or their friends.

There is much to be said for, and in, the long form de-evolution novel.  There is time, so MUCH time, devoted to all the meticulous examination of past events, thoughts and feelings, everything dragged out into the light and discussed to the nth degree. From this you might surmise, and you’d be right, that The Wych Elm did suffer a little from all that finite dissection.

Tana French writes weighty novels featuring characters that are so well described that they do, if you will forgive the expression, leap off the page fully formed. We know at a cellular level when they act out of character, such is the depth of understanding that we incrementally absorb of their natures.  This you would think would be something of a detractor in a crime read but it absolutely isn’t; it instead makes what we read that much more recognisable.  Justifiable homicide perhaps?  Not as shocking as that might be regarded in real life, we are all here for it in fiction.  All the petty revenge, the nuclear option revenge (yes, that phrase was pinched from the book itself) and the cousinly revenge was all conduted at Ivy House, carried out under the gaze of the Wych Elm.

If the discovery of the body sounds vaguely familiar, search up ‘Bella in the Wych Elm’; a UK war time discovery of a body in a tree that remains a real life unsolved mystery.

The Wych Elm is another stellar book by an accomplished author at the peak of her game.  To understand a crime, one must fully understand the relationships of everyone connected to the victim.  This is a psychological thriller that ruthlessly pursues those truths.

The Wych Elm is published by Penguin Australia.