Even if you’re not a ballet fan, it’s likely you’ve heard of Rudolph Nureyev. Along with Anna Pavlova and Mikhail Baryshnikov, he’s an icon of the art form. But in The White Crow, actor turned director Ralph Fiennes delves into some lesser-known parts of Nureyev’s story to create a fascinating portrait of a supreme – if not necessarily terribly likeable – artist.

The title refers to a Russian expression something along the lines of the English “black sheep”. A white crow is someone who doesn’t quite fit in; who goes against the norm. And Fiennes finds the “white crow” in Nureyev by exploring three strands of the dancer’s life. The strands follow his early life in the regional city of Ufa; next his journey to becoming a top dancer at the Kirov Ballet in Leningrad; and a fateful trip to Paris in 1961. The third of these forms the bulk of the film, with the other two providing background and context for the action. 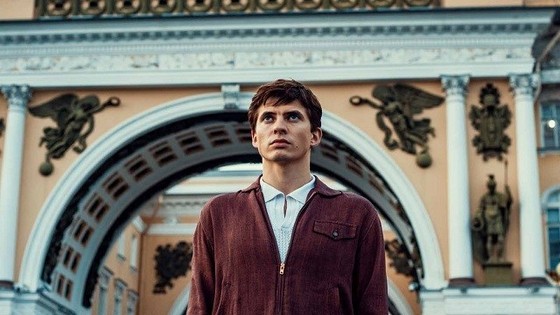 By the early 1960s, Nureyev (played here by Oleg Ivenko) was already a leading star of Soviet ballet. After the death of Stalin in 1954, the USSR was gradually loosening some of its strictures. International cooperation was the new buzzword, even as the Cold War swirled. In that spirit, the Kirov Ballet embarks on a goodwill visit to Paris, the home of ballet. The young dancers are thrilled to see the West for the first time; but shrewd Kirov commissar Konstantin Sergeyev (Nebojsa Dugalic) keeps a tight rein. Although Nureyev and other dancers are allowed to go out in the city, Serveyev’s spies are keeping a close watch. But Nureyev isn’t one to be bound by rules. Just as in his dancing, he finds a way to his own kind of freedom. But when he meets the rich and worldly Clara Saint (Adèle Exarchopoulos), he finds a fiery kindred spirit. Clara inspires the temperamental Nureyev to greater heights on the stage; and to take greater control over his life. This will lead Nureyev to make a critical decision.

Fiennes adds to his small but impressive directing CV (he previously directed Coriolanus [2011] and The Invisible Woman [2013]). Like those films, his pacing in The White Crow is deliberate; though it really picks up in the third act as events escalate. His attention to detail is meticulous. He’s working from a script by the renowned stage and screen writer David Hare (The Hours), so you know the source material is solid. Hare’s script in turn adapts Julie Kavanagh’s non-fiction book Rudolf Nureyev: The Life. Crucially, Fiennes and Hare find ways to celebrate Nureyev’s artistry without descending into hero-worship. The White Crow is clear-eyed about Nureyev’s many faults; notably his narcissism and cruelty towards others.

The ballet is certainly a highlight of the film. If you stay around, the end credits include footage of the real Nureyev dancing, and the comparison is uncanny. Costume designer Madeline Fontaine faithfully reproduces some of the Kirov’s spectacular stage outfits; while cinematographer Mike Eley (My Cousin Rachel) captures the action exquisitely.

Newcomer Oleg Ivenko cuts a strapping figure as Nureyev, and looks very similar to the real man. He ably conveys both sides of the complex character. Adèle Exarchopoulos (Blue is the Warmest Colour) is a revelation as Clara. Her character’s fierce reactions to Nureyev’s indiscretions are priceless. Nebojsa Dugalic makes the duplicitous Sergeyev an interesting character. Fiennes himself pops up (speaking Russian) as Pushkin, one of Nureyev’s instructors at the Kirov. But perhaps the most notable performance comes from Chulpan Khamatova, as Pushkin’s complicated wife Xenia.

The White Crow isn’t going to be a crowd-pleasing money-spinner. This is a serious film about a rather niche subject; and a complete contrast to the similarly-themed Rocketman. But it’s so well done and ultimately so gripping, it’s worth seeking out for lovers of art house cinema.