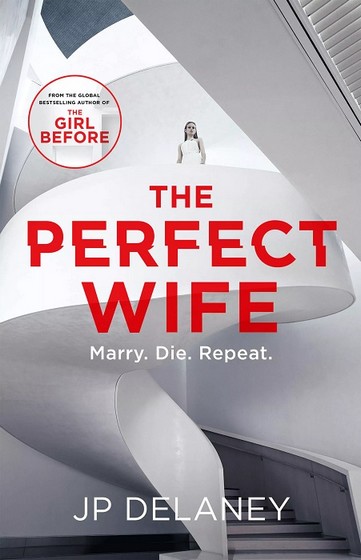 After waking in what she first thinks is a hospital bed, Abbie’s immediate thoughts are of her husband and young child.  Abbie knows that there has been a terrible accident. The memories that Abbie brings forth though are not recent ones, as it has been five years since the car crash which resulted in a death. That death was her own, and Abbie’s memories of before are in fact the result of an upload.

It takes time for fragments of Abbie’s life as a wife and mother to begin to trickle back into her (re-created) mind.  Abbie’s newly created physical self is mostly like it once was but there’s gaps in the uploaded recollection of what Abbie’s life had been like before her death.  Abbie’s tech wizard husband obviously loved his wife very much, to the extent that he created a bot in which to house Abbie’s consciousness, so that Abbie’s ‘self’ would always live on.  Abbie’s new life is restricted mostly to the house, as her appearance is rather challenging to those who knew her when she was still a living breathing human.  Also, hurtful to Abbie’s other family members who believe that any robotic existence of their deceased loved one is an abomination.

Yowzas! The Perfect Wife was such a fast and absorbing read. Perhaps you are the sort of reader who actually does read book blurbs so had a heads up on the subject matter, but if you came in blind perhaps on the name of the author alone … wow, right?  Considering bots, housed in a physical form or not, as sentient beings is always going to be the main issue at hand as technological advancements in artificial intelligence (or autonomous intelligence, which the author references in his novel) continue to astound.  They’re here, they’re not going anywhere, and our interactions with them are only going to increase.

There could be hardly be any other topic more interesting than the rise of ‘intelligent’ machines (service, shop, personal, you name it) that are more present in our lives than perhaps we are cognizant to.  (Attend any careers expo and you will rapidly be told that more than forty percent of the job roles we occupy right now won’t be around when our kids graduate.) There are so many moral and ethical issues around the subject that are ripe for the picking as potential topics for our fictional reads.  Hats off to the author for making us care about a character that is not human, but who possesses more empathetic qualities than the humans that she interacts with.  (Not a spoiler).

Okay, so we were all there on The Girl Before train when it rolled out of the publicity station years ago but we weren’t perhaps quite as blindly committed to the second book, Believe Me, by J.P, Delaney (yes, not technically a third work by author Mark Strong, as he writes here under his pseudonym).  The Perfect Wife is like an open door to all the fictional goodies that must be around the corner in an upcoming new era of ethical dilemmas generated by the rise of artificial intelligence.

The Perfect Wife is a highly original and clever work that manages to take a scorchingly hot topic and turn it completely on its head. There’s so much to unpack that the challenges the book poses to its readers will likely stay with them for some time. Our ethical responsibilities to what we are now able to create in our own image is no light subject to tackle, and it’s a surprisingly heavy take home from such a highly entertaining read. The Perfect Wife is thought provoking, punchy fiction that delivers an escapist thriller ride right up until its gut-wrenching conclusion.