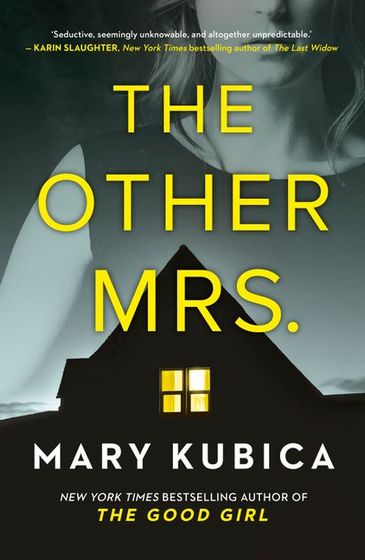 There’s a certain kind of satisfaction in seeing nasty people receiving their just desserts. The opening chapters of The Other Mrs would seem to indicate this is what is about to occur, but it is not quite what we receive.

With the passing of Alice, it becomes necessary for Will, his wife Sadie and their two boys to up sticks from Chicago and re-locate to a small island community of Maine.  Will’s niece Imogen is sixteen and with no one else available to keep an eye on her, it falls to Sadie and Will to step into a guardian role.  Allowing the troubled and hostile Imogen to remain in her family home after the death of her mother would seem to be the kindest thing to do, but Sadie has her doubts.

Sadie’s hackles are up from the get-go about the new arrangements, knowing as she does that the move could not have come at a better time.  After an incident at Sadie’s former workplace, and the school bullying of their eldest son, it is time for the Foust family to start over.  As with all things though, neither Sadie or Will can entirely move away from the elephant in the room of their marriage.

When their neighbour, the very attractive Morgan is murdered, Sadie is disturbed to consider that her handsome husband may have been up to his old tricks.  Working in general medicine, Sadie doesn’t have the time to get to know the school parents, let alone the people who live in the same street as herself.  Will knows everybody, and everybody likes Will.

The Other Mrs urges the reader onwards to consider other possibilities when at first it seems that this might be another novel about horrible men doing horrible things to their loved ones.  Kubica excels at including late stage kickers, ie that point in a thriller novel where you realize that you have been happily following all the shiny red herrings scattered throughout the read to no avail.

In an era where ‘domestic’ thrillers have well and truly come into their own, Kubica writes immersive works that offer that little bit more character analysis, that little bit more background, than your standard popular thrillers.  There is always much to evaluate in a Kubica work and The Other Mrs offers multiple narratives that must be considered carefully in order to determine how they will merge.  As always, the devil is somewhere in the details.

The Other Mrs drags you this way and that, and whilst you were never in any doubt that there was going to be a violent finish, the true horror is in Sadie beginning to realize that no one is safe, and no one can be trusted.

Mary Kubica is an international best selling author who lives in Chicago.  The Other Mrs is her sixth thriller novel.  The seventh, when it celebrates its publication day, will be happily snapped up by this reviewer also.

The Other Mrs is published by Harper Collins.