Some people should not see this play – the squeamish, religious zealots and those who don’t have a sense of humour! Everyone else, line up for two hours of enthralling entertainment thanks to Deborah Mulhall’s successfully creative directorship.

The New Theatre is a small, intimate venue and the audience had a great experience from any seat. 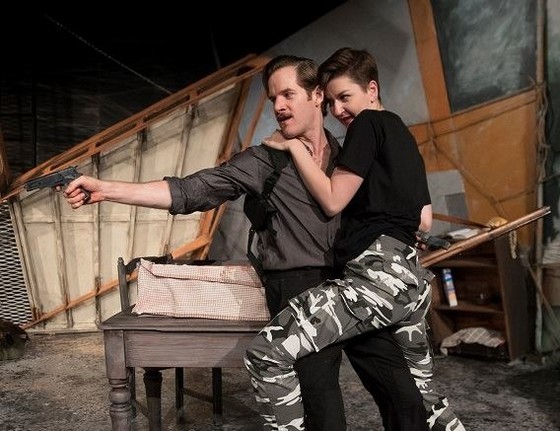 To set the scene, Padraic is a self-appointed sub-lieutenant in the INLA (Irish National Liberation Army). He carries out vigilante activities in Northern Ireland. He has a reputation as a merciless torturer. Even the IRA declined his membership because he was “too mad”.

In contrast to the rough world in which he survives, Padraic’s has a pet cat, ‘Wee Thomas’, which takes “poorly”. He returns to his father’s home where he encounters lies and deceit surrounding the demise of Wee Thomas. An array of pitiful and colourful characters appears to take the audience on an action-packed trip through love, lust, hate and cruelty. Sprinkled through the play are some unsettling torture scenes and ghoulish acts, however they are important in establishing the madness of Padraic.

I was intrigued how black humour allowed me to laugh at the macabre. This was a good technique by playwright Martin McDonagh; as it kept the audience onside during some disturbing images.

Lloyd Allison-Young revels in the role of Padraic. He ably portrayed a vicious and merciless bomber of ‘chip shops’ – a mercenary who lacks empathy and of someone able to put a gun to the head of his own father. But he does have a soft side when it comes to his own cat and is able to find love, albeit briefly, with Mairead. James McCruddin plays Padraic’s father Donny. He has no influence over his son anymore and, like everyone else, fears Padraic’s presence. The line of the play belongs to Donny when, near the end he says, “It’s incidences like this that puts tourists off Ireland”. After all the audience had been through, this line bought the house down.

Perhaps the only sane character is Davey, performed admirably by Patrick Holman. In trying to save Wee Thomas, he is embroiled deeper and deeper into the mire of deceit but is realistic and brave enough to stand up to the weirdness of Padraic. Alice Birbara handles the role of Mairead very well. She personifies a 16-year-old girl, attracted to the excitement of ‘the troubles’ who spends her free time using the eyes of local cows as target practice with her air rifle. Alice carries a fine voice as she sings The Patriot Game, an IRA ditty.

The supporting characters of Christy, Joey and Brendon are played with great wit by Steve Corner, Nicholas Sinclair and Angus Evans respectively. They play other members of the INLA who are hell-bent on bringing Padraic down. Given the subject matter, the characters are certainly not angels. However, I think “feck” is overused and becomes a distracting nuisance in the script at times. All the actors have mastered their Irish accents well, but some dialogue was said too quickly for me to understand. 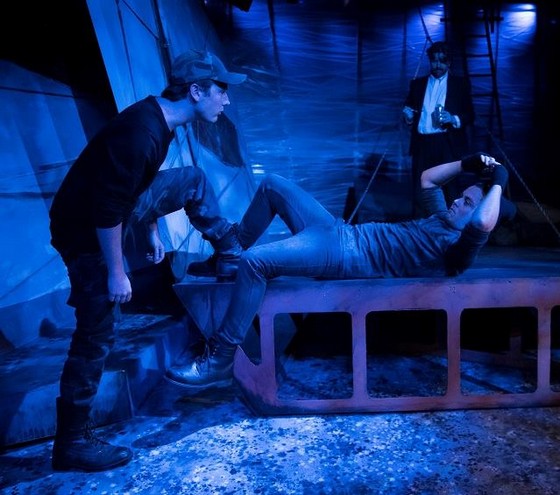 The staging of this production was simple but effective. There were eight scene changes, all done quickly and seamlessly. Some scenes had characters in shadows awaiting the next scene. Using actors as stagehands during set changes ‘stole’ a bit of their character I felt.

Special effects played a role as well and linked in with the dark humour aspects of this production. Lighting, sound, and costumes were all appreciated and suited the theme of the play. Like all good stories, a final twist at the end emphasised the complete waste of lives that happen in civil disputes such a Northern Ireland.

Judging by the audiences’ hearty applause at then end, The Lieutenant of Inishmore delivered on enjoyment, laughter and surprises. This show is highly recommended.

The Lieutenant of Inishmore by Martin McDonagh is playing at the New Theatre in Newtown (Sydney) from 26 April to 26 May 2018. For bookings, go to: newtheatre.org.au