Surviving the hardships inflicted by the Nazis on Jewish ghettos during the Holocaust was a perilous proposition at best. Some played music and staged plays while interned to maintain a level of normality. The Ghetto Cabaret pays tribute to the fighting spirit of the Jews in those turbulent times. Galit Klas (who is also one of eight actors on stage) wrote the play, while Gary Abrahams directs.

It primarily uses songs in Yiddish and English, but also poetry, puppetry and skits, to give an insight into those troubled years. Of course, constant threats abound. Among coping mechanisms was black humour, which is apparent in The Ghetto Cabaret. So, too, is the Resistance’s “never say die” attitude. 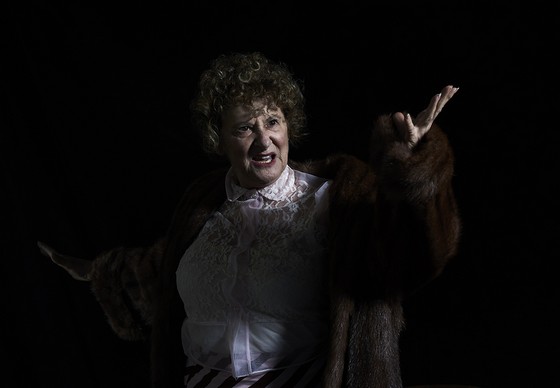 The piece utilises a narrator, two excellent musicians – a pianist and strings (violin, mandolin and guitar) – and a series of melodic voices to bring to life the songs of Jewish existence in captivity. The main stage is filled with uneven boards to reflect the times. The performers’ faces are covered in white patchy paint, their clothing and piano similarly smeared. The result is disturbing, engaging and evocative theatre.

My only major complaint has to do with the one performer who had a particularly strong Australian accent when delivering his lines. It stood out for the wrong reason and wasn’t in keeping with the rest of the production.

Other than that, The Ghetto Cabaret is an immersive experience that transports you to a most disturbing period … and an important historic reflection. It’s playing at fortyfivedownstairs until 18 August 2019.