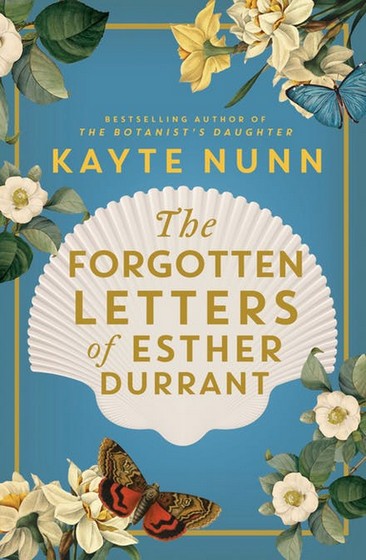 This novel is an excellent example of how a book well and gently written has just as much power to affect as one written to surprise and propel.  The Forgotten Letters of Esther Durrant reminds us that our most meaningful interactions are those that we come to by chance, and not by design.

The finding of old love letters is such an irresistibly romantic notion.  Absolutely, you would read them, and absolutely, if there was a lead contained within with which to possibly reunite old lovers, you would run with it.  There are modern themes running in the 1950’s narrative, which may give the female reader large cause to sigh that some things never really change when it comes to being ‘managed’ for experiencing perfectly natural human reactions to loss.   There’s a whole soapbox waiting for someone to mount it there, but we readers are gently encouraged to mull those thoughts over in our own time.

The Forgotten Letters of Esther Durrant  was my first encounter with the work of English author Kayte Nunn, who has spent the last twenty years living in Australia.  I had heard much of the author’s immediate prior, The Botanist’s Daughter, and all the opinions of that first historical novel were positive.

Letters… elicits many of the responses that regular readers of good historical fiction and literary fiction know very well. The concerns of women through the ages are addressed in the two time periods; Esther’s life emerging from the control and fog of domesticity, Rachel forging her own way through the world and determined to do so without the hindrance of lasting entanglements. The passages of each woman’s experiences, almost seventy years apart, is written with convergence in mind which is tied up in a little bow by novel’s end – so the novel does veer away from the drama of the more gothic ending which it seemed to be steering towards.

Kudos to the artist involved, as the cover art of The Forgotten Letters of Esther Durrant is whimsically gorgeous and deftly captures the beauty of this rewarding and lovely novel.