Jackie Chan is one of the biggest movie stars on the planet. He’s known for his energetic and carefully choreographed fight scenes and for doing his own, often dangerous, stunts. But Hollywood hasn’t quite known how to handle him properly. Chan has found himself stuck in a number of formulaic lightweight action comedies like the Rush Hour series that don’t do him justice. It’s been a long time since he starred in a straight action movie. The thriller The Foreigner is another generic revenge driven action drama that borrows from the Taken playbook. 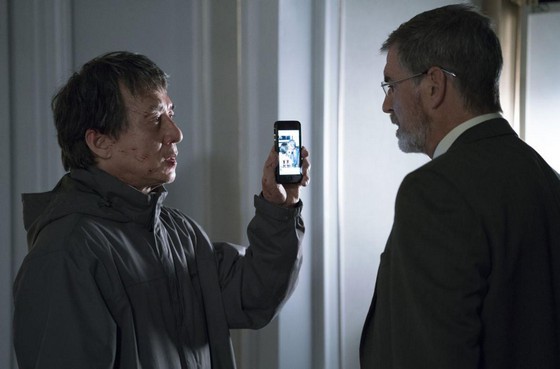 Chan plays Quan Ngoc Minh, a former Vietnamese refugee who runs a restaurant in London. But when his daughter becomes collateral damage after a bomb is detonated by rogue terrorists calling themselves “the authentic IRA”, the mild mannered Quan wants answers. When the authorities politely but firmly refuse to provide him with information about the responsible parties, Quan turns his attention to the only other person he thinks is responsible.

Liam Hennessy (Pierce Brosnan) is a former Northern Irish terrorist. He’s now part of the government working to maintain a fragile peace and keep the various factions in line. Convinced Hennessy is responsible, Quan makes his way to Belfast. There he wages his own guerrilla war against Hennessy, planting bombs in his offices and his country estate. Both Hennessy and Quan are survivors of unpopular wars, and although they may share a few things in common they are deadly enemies. Drawing upon his own special set of skills forged during the Vietnam War, Quan orchestrates a campaign of terror against Hennessy. He continually underestimates the seemingly quiet Quan, who continues to outwit and outfight the generic bad guys.

The Foreigner is based on the 1992 thriller The Chinaman written by Stephen Leather. The former journalist drew on his own experiences in South-East Asia and working the crime beat in London to inform his thrillers. The novel has been adapted to the screen by David Marconi, who’s tried to negotiate the complex web of terrorism and politics at the heart of the story. He’s obviously tweaked the source material to accommodate Chan’s screen persona, and worked in some physical dexterity and kinetic action sequences that play to his strengths.

Although now in his early 60s, Chan shows little sign of slowing down; although he walks with a shuffle and his face is now etched with wrinkles. There are a couple of standout physical action scenes here, including a claustrophobic fight scene in which household utensils become part of his arsenal. He acquits himself well with the action, but he also brings gravitas and some strong emotions to his performance.

For his part Brosnan delivers a nicely ambiguous performance. The former Bond star brings a devilish charm to his role as the shady, morally bankrupt Hennessy. He seems to relish the character, who is seemingly modelled on former IRA leader Gerry Adams.

A Chinese/British co-production, The Foreigner is very much a throw-back to the action cinema of the 80s. Even the central concept of the IRA waging a new war in Britain seems dated. The director is Martin Campbell (Casino Royale), a genre specialist who keeps the action moving at a fast pace throughout. With a topical theme of terrorism, this film is more violent than much of Chan’s previous work. The action has been crisply shot by cinematographer David Tattersall, who worked with Campbell on Vertical Limit.

The Foreigner is now available to stream on Netflix.