What to make of this zany, satirical ride? I was pondering that through much of The Feather in the Web, which makes its Victorian debut. 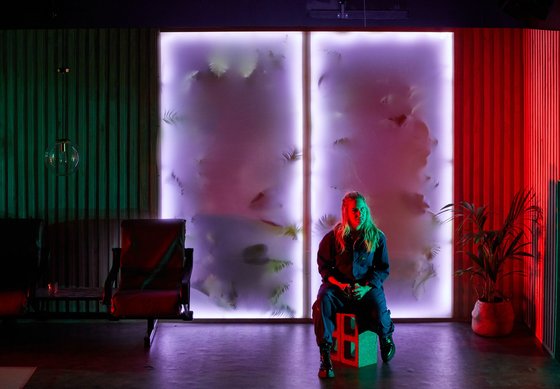 I was shocked, challenged and amused at what I saw as a psychedelic mind trip, involving a deeply troubled girl, Kimberly (Michelle Brasier), who acts and reacts differently to most. A force of nature, she just turns up (without a back story) and does what she wants in a variety of settings – no social conventions adhered to, no shame.

There is a particularly bizarre encounter with a gay guy in the first act and with an improvisation instructor in the second – both roles expertly realised by Patrick Durnan Silva. On each occasion, Kimberly wrests control of power … and how.

Her presence at an engagement party some way into the first act sets the scene for what follows. Once again, she just shows up and for no appreciable reason falls in love with the guy, Miles (George Lingard), whose upcoming nuptials are being celebrated.

Then Kimberly begins trailing him in the hope of a kiss or hug, after being encouraged – unknowingly it must be said – by the bloke’s stressed and spaced out mother (Belinda McClory). And that involves Kimberly getting close to Miles’ fiancé, Lily (Emily Milledge).

Just before interval, in an hilarious interplay, Kimberly breaks the fourth wall. After the break, the mood darkens appreciably, although the laughs and surprises keep coming.

The Feather in the Web is the work of the fanciful mind of Nick Coyle, with direction from Declan Greene. I loved the straight-faced, no holds barred performance of Michelle Brasier, who demands to be seen and heard with every fibre of her being.

Emily Milledge does some heavy lifting of her own, particularly in the second act, the nuances in her performance coming to the fore. And with her left of centre display as a care no mind mum, Belinda McClory ensures we won’t forget her any time soon either.

I have already commented on Patrick Durnan Silva, but let me add that he handles both male and female roles with aplomb. George Lingard plays the straightest bat among the cast members, that also includes Georgina Naidu as a harried psychiatrist and aura.

The Feather in the Web is certainly a walk on the wacky side. Using a sparse set and a minimum of props, along with a video screen, it is a spellbinding work that combines the absurd with obsession and compulsion. 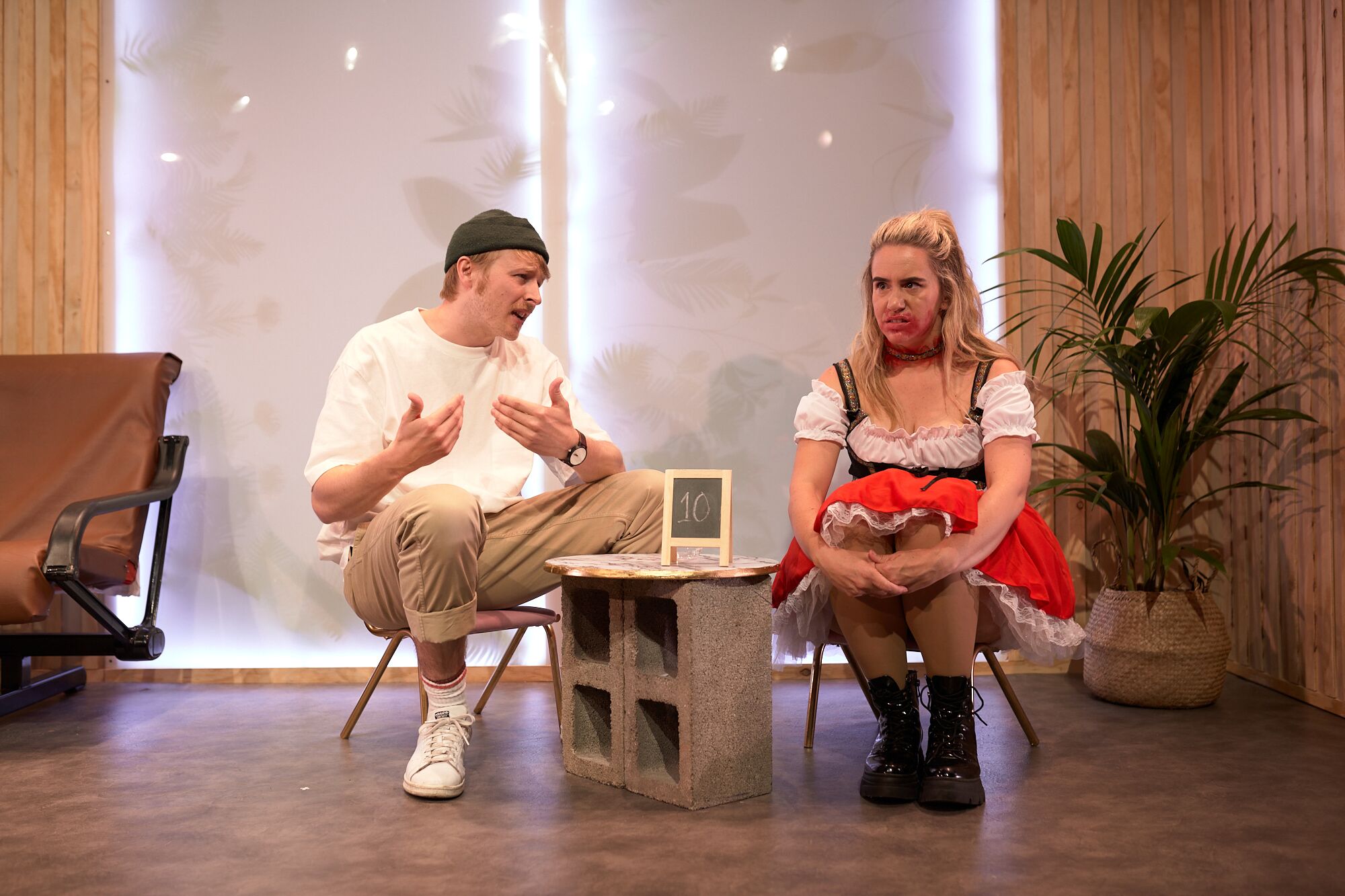 Its obtuse nature ensures it won’t suit all tastes. Some will undoubtedly see it as just plain silly. It is best approached with an open mind. While it took me a while to warm to, once I did I was hooked.

Two hours including interval, The Feather in the Web is playing at Red Stitch Theatre until 1st March, 2020.