In the tradition of Forrest Gump, The Extraordinary Journey of the Fakir is a wild ride, which combines coincidence with circumstance. It’s a quirky cross-cultural fantasy about a good-natured thief who makes good. 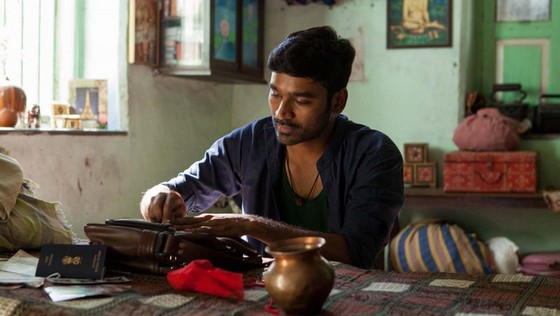 Aja (Dhanush) is a poor young fakir (or magician) from the streets of India, being brought up by his single mother, whom he adores. Aja has never known his father, the identity of whom his mum refuses to reveal. As events unfold, Aja travels to Paris in search of his past … and to navigate his future. There he falls head-over-heels for Marie (Erin Moriarty), whom he meets amongst the cabinets and couches in a department store. He convinces her to meet up with him again the next day, but things go awry.

Suddenly, Aja is literally on the run from border police and bandits across Europe. He meets many colourful characters as he desperately tries to make his way back to the city of love.

The Extraordinary Journey of the Fakir presses many of the right buttons. Apart from one overly long song and dance sequence involving an English law enforcement officer, the rest hung together nicely. That included a buoyant Bollywood number featuring our hero and a movie starlet named Nelly (Berenice Bejo). Aja takes to the road in search of answers and a better life. Along the way, IKEA gets more than a decent plug, insofar as it is Aja’s design nirvana and it is where he befriends the girl of his dreams. The film has a good feel about it and it takes many unpredictable forks before reaching its inevitable happily-ever-after conclusion.

Dhanush makes for a handsome, good-natured hero around whom the action unfolds. This is all about the art of weaving a tale that captures the imagination and screenwriters Romain Puertolas (who wrote the book on which the film is based) and Luc Bossi have delivered a compelling if totally fanciful story.

A picture of colour and movement, The Extraordinary Journey of the Fakir radiates warmth and will surely win the hearts of many as a result.