The Current War concerns the development of the electric light. But that prosaic premise belies a voyage of discovery, filled with intrigue and subterfuge. 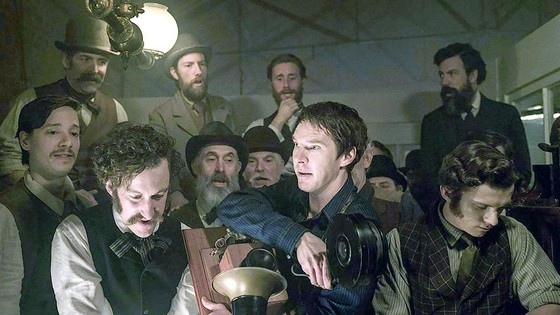 The race against time begins in 1880. On the one side is Thomas Alva Edison (Benedict Cumberbatch); and on the other is George Westinghouse (Michael Shannon). Both are men of principle but they end up compromised in an escalating war of words. In between is Nikola Tesla (Nicholas Hoult) who also possesses a brilliant mind, but is hamstrung by financial distress. A complex story unfolds, but at its heart is pride and money. These are driven, stubborn and competitive men. They think ahead of the curve, about what could be – and they have the power to change the world.

More specifically director Alfonso Gomez-Rejon (Me and Earl and the Dying Girl) focusses on electric light, specifically the invention of the light bulb; with the end game being lighting up the 1893 World’s Fair in Chicago.

Writer Michael Mitnick has woven the story as a cat-and-mouse game. Edison is the aggressor, who will do all in his power to prevent Westinghouse from beating him to the prize. Tesla at first works for him, but is cast aside when Edison takes a my way or the highway approach. I liked the characterisations and the subversive nature of the scripting.

As Edison, Cumberbatch is cast as an intelligent but ruthless showman so I had a love/hate relationship with him throughout. Shannon is more measured as Westinghouse, while Hoult is perpetually on edge as futurist Tesla.

The roadblocks in the way of triumph are significant and questions of morality and integrity arise. The Current War is a film you need to stick with to get the most out of.