Brisbane Arts Theatre’s latest mainstage production sets a frenetic pace from its opening scene. It’s a necessity perhaps given its stated aim to share the complete history of comedy, albeit abridged. What follows is a somewhat comprehensive trip through comedy in many of its guises. These include the memorable tell of ‘the chicken’ and its multiple road crossings from ancient Greece to Elizabethan England. The common riddle even experiences a postmodernist take and a Broadway musical portrayal. Although The Complete History of Comedy (abridged) has many laugh-out-loud moments like these. However, momentum is difficult to sustain due to its essentially quite feeble premise. 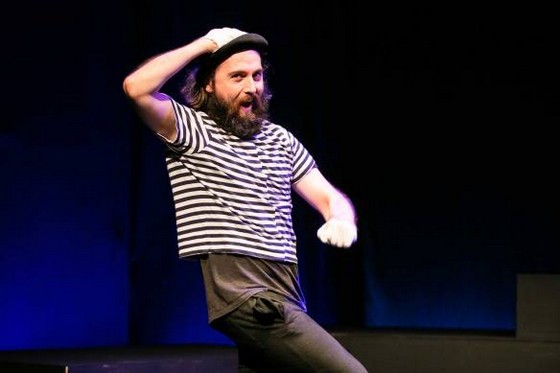 The show revolves around its players (Willem Whitfield, Ben Kasper and Stephen Snape) uncovering an ancient 13-chapter Chinese manuscript on the art of comedy by Ah Tsu (say it out loud for the joke), brother of The Art of War writer Sun Tsu. The sacred relic is, however, missing its final chapter. Act One, which starts strongly as homage to the history of comedy, sees the audience guided through the twelve surviving chapters. They include introductions to commedia del arte, slapstick (and use of an actual slapstick) and the recurring threat of a cream pie attack. Act Two, in particular, ebbs and flows as the 13th chapter is discovered and the iconic, overplayed clown Rambozo (Ben Kasper) has to share his wisdom. He’s set-up by much earlier ‘what would Rambozo do’ foreshadowing.

Of course any show covering a topic of such personal taste as comedy is going to lead itself to mixed audience appreciation, especially with such a wide variety of comic styles. But there are some clear stand-out scenes. While early physical comedy bits fall a little flat (no pun intended), Act One ends with a brilliant Charlie Chaplin-esque strobe-light sequence. This not only captures the look of a silent film but brings some of the night’s biggest laughs. After this, despite its theatre-sports style audience participation, the second act seems less dynamic.

While The Complete History of Comedy (abridged) may not always live up to the potential of its title, it’s not through any lack of enthusiasm from its cast. They cannot be faulted. With simple staging and basic black costumes, the three jump in and out of numerous roles with ease, managing the many necessary props and costume additions. The versatile performers not only play off each other well but each have individual scenes to showcase their talents.

The Complete History of Comedy (abridged) is an irreverent take on the complex art of comedy. The show is marketed as being comedy from the high-brow to the low and everything in between. Yet its penchant for the simplest comedy types means a lot of its jokes are of the same ilk that eventually lose appeal. Its variety of this base level humour, however, still offers something for most audience members. Most will come away with a highlight, whether it be from its slapstick, mime, clowning or double (and single) entendres. 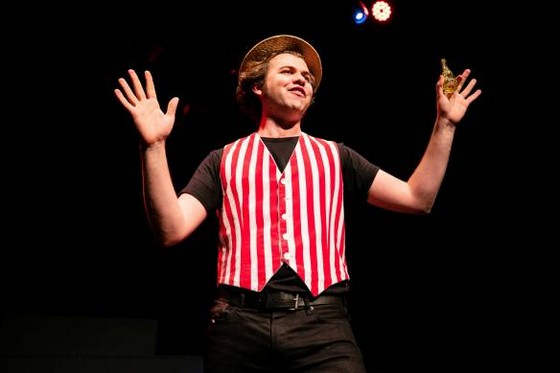 Some local and topical additions were well-received . Many ‘I can’t believe they went there’ groans emerged in response to political and religious references. These at least enliven its essentially “kinda, sorta just funny” and especially drawn-out construct. As observed in the show: “If you smile, it’s amusing. If you laugh, it’s funny.” How big your grin or bold your giggles, may just depend on your personal fondness for “funny”.

The Complete History of Comedy (abridged) is showing at Brisbane Arts Theatre from 30 March – 27 April 2019.