Political correctness is turned on its head in the lighthearted New Zealand comedy, The Breaker Upperers. But the movie is set to polarise audiences. 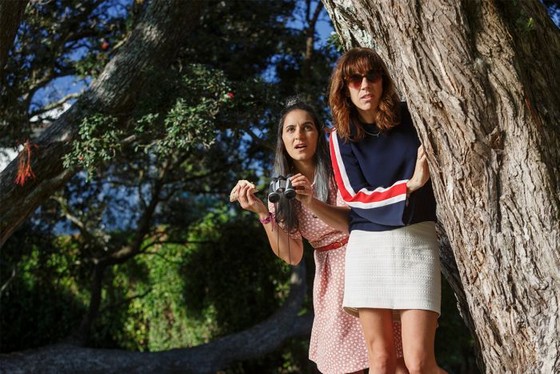 Fifteen years ago, Mel (Madeleine Sami) and Jen (Jackie Van Beek) discovered they were being two-timed by the same man. Bitter and cynical, they became fast friends. The pair then formed The Breaker Upperers, a small business breaking up couples for cash. Now they’re in their late thirties and business is booming. They’re a co-dependent couple who keep their cynicism alive by not getting emotionally involved with anybody else. But when they run into an old “victim” of their business, Mel develops a conscience and her friendship with Jen is put to the test.

Van Beek and Sami, who write and direct, have made a contemporary comedy about love – romantic and platonic – that reflects Auckland’s multiculturalism. Van Beek chanced on the idea for the film as she was making a cup of coffee. She found herself reflecting on the challenges of extricating yourself from a relationship that you know isn’t right for you. Taking the notion a step further, she imagined a world in which you could pay someone to do it for you.

Yes, The Breaker Upperers is far-fetched. Yes, it pushes the limits (like Bridesmaids). But I don’t for a moment believe it’s deliberately offensive. I can see how some will nevertheless get their noses out of joint; but I was entertained and engaged.

I loved the tag-team duo and the way they readily bounced off one another. In fact, their distinct personalities were quite infectious and their quick-fire delivery immediately praiseworthy. Around them too, they’ve created a series of memorable characters.

The concept here has everything to do with excess and irreverence. It’s like piecing together a series of interrelated skits to give you a full picture … and to me that works. Underpinning it all is a journey growth and understanding for the two women.

If you’re up for some laughs and aren’t easily offended, this small budget film from across the ditch is worthy of consideration.