Set at the height of The Troubles in Belfast, The Beautiful Game is a powerful and affecting musical that reveals the impact of the turmoil on members of an Under 21 soccer team and their partners. We’re talking the years 1969 through to the early ‘70s when political and religious violence has engulfed the community. It’s a story of heartache and pain … when young people can’t simply pursue a carefree life as others around the world can. 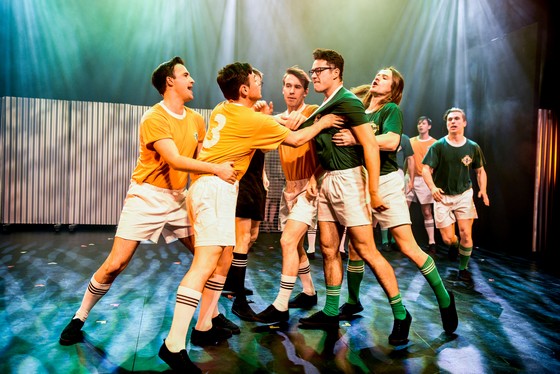 The Catholic team, coached by a passionate priest, has one atheist player who comes from a Protestant family and he is ostracised as a result. The outrage is led by a venomous competitor who is a rising force in the tumult. In the second act, the IRA casts a huge shadow over proceedings.

The Beautiful Game – a reference which some say was popularised by Brazilian star Pelé – is dramatic, comedic and even romantic. I quickly warmed to it despite the heaviness of subject matter that underpins it. The two leads in this Australian premiere season (it debuted on London’s West End in September 2000) are sensational.

Western Australian Academy of Performing Arts’ graduate Stephanie Wall has a beautiful, strong and mellifluous voice. She owns the role of Mary. Versatile performer Stephen Mahy brings maturity and power to his doomed character arc. His “John” falls hard for Mary before things take a deeply troubling turn. The other key players among the 22-strong cast also do an excellent job. Ellie Nunan is particularly feisty as Christine, who is attracted to Del (Sam Ward), the peace-loving Protestant I referenced earlier, banished from the team by ugly brute Thomas (Des Flanagan). I also appreciated what David Meadows brought to his role as the pragmatic priest, Father O’Donnell, who is desperate to talk sense into his young charges.

Andrew Lloyd Webber’s music is crowd pleasing and populist, very easy on the ear … as realised by nine musicians under the stewardship of musical director Daniele Buatti. The story and lyrics by Ben Elton have great impact. 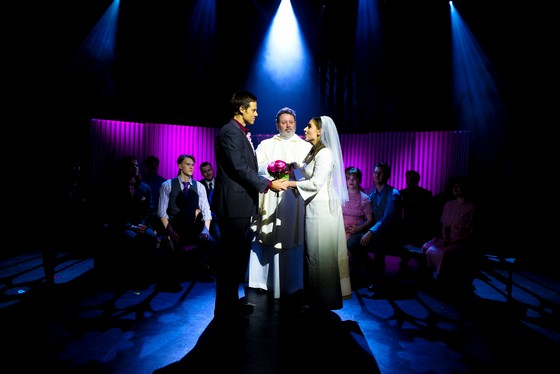 Producer/director Karen Jemison is to be commended for bringing the production to Melbourne. The show makes good use of simple props and Sue-Ellen Shook’s choreography (most noteworthy in the football final) is another feature. Plaudits too to the lighting design by Jason Bovaird and sound design by Marcello Lo Ricco.

The Troubles may seem a lifetime ago, but in truth hatred between religions and cultures has certainly not gone away and The Beautiful Game puts a human toll on it. It’s playing at Chapel off Chapel until 29 September 2019.