Raw and refreshingly different, That’s Not Me is a feel-good, independently produced comedy that needs work. Polly Cuthbert’s dreams of making it as an actor are comically shattered when her identical twin sister, Amy, lands a lead role in an HBO show, starts dating her co-star Jared Leto and catapults to international stardom. Dropped by her agent, fired from her job and mistaken for her famous sister at every turn, Polly takes a spontaneous trip to LA only to find more disappointment … and it is all downhill from there. 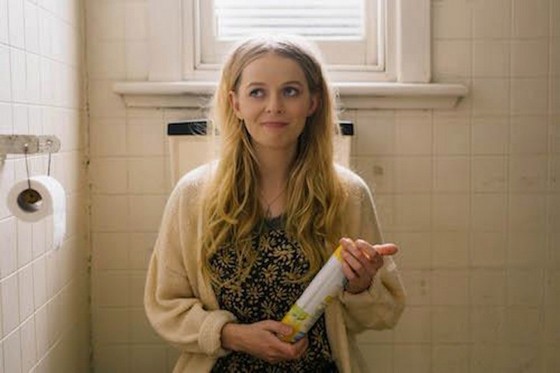 Not unlike a modern day Muriel’s Wedding, That’s Not Me has been influenced by contemporary comedies such as Girls and Bridesmaids. It follows the plight of an ordinary, relatable lead character trying to reconcile reality with childhood hopes and delusions of grandeur. Unfinished business. They are the words that best describe a screenplay that shows promise, but ends up going nowhere. Underdeveloped is another way of saying the same thing.

The contention is most certainly worthy of exploration. We all want to pursue our dreams, even if the contention that you can achieve anything if you put your mind to it is but pap most at home on a greeting card. Sibling rivalry, especially when the ambition that underpins it relates to identical twins in the same industry – one successful and the other not – presents one hell of a dynamic.

Alice Foulcher does a fine job playing the frustrated wannabe, at times defiant and on occasions defeated. She wrote the screenplay with her husband, Gregory Erdstein (the pair met at the Victorian College of the Arts and married in 2013), who directs his first feature. Foulcher says there is so much she loves about Polly. “There’s something both endearing and painfully awkward about her struggle … and there is undoubtedly humour to be found in misery. To me – she’s a real, flawed and hilariously relatable person just trying to find her way in the world. I want to see more women like her on screen.”

Erdstein says That’s Not Me is not so much a movie about discovering who you are, but more so one about ascertaining who you’re not. “And for Polly Cuthbert — more in love with the idea of being an actor, than actually being an actor herself — that is the far more important discovery.”

Some of the deadbeats, dropkicks and acolytes around her (namely the secondary characters) serve to give her persona more weight. But where, oh where, is the third act? Premise established. Tick. Add layers of angst and disappointment. Check. But then what? The film just stops. That’s what.

It looked like the filmmakers had no idea how to finish what they started – that basically they had run out of ideas and, perhaps, money … or both. When the credits rolled I felt gypped … let down. Pity, because to that point I had quite enjoyed the irreverent ride.