Most of us would have played “tag” at school. Well, imagine if you never grew up, and continued to play that game well into adulthood. That is the harebrained premise of TAG. Loosely on fact, this comedy is something like a cross between The Hangover and Game Night. 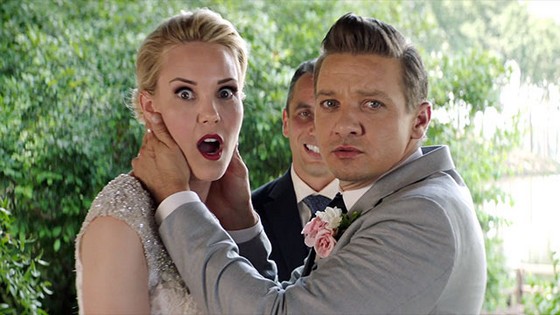 For one month every year, five highly competitive friends hold a no-holds-barred game of tag. They’ve been playing since first grade. To hold onto their youth and their friendship, they risk their necks, their jobs and their relationships to take each other down. This year, the game coincides with the wedding of their only undefeated player, which should finally make him an easy target. But he knows they’re coming … and he’s ready.

No longer little boys on bikes, now Hoagie (Ed Helms), Chilli (Jake Johnson), Sable (Hannibal Buress), Callahan (Jon Hamm) and Jerry (Jeremy Renner) chase each other across state lines. Only Jerry has escaped being “it” for decades. Jerry and the others are determined to end his reign, even if it means upending his nuptials. The lengths the guys are willing to go to are extreme. Nothing is sacred. Not delivery rooms, not funerals and, this year – wedding or no wedding – it’s game on again.

TAG also stars Isla Fisher as Hoagie’s over-zealous wife, Anna, who takes the game very seriously. Annabelle Wallis plays Wall Street Journal reporter, Rebecca. She’s fascinated by the story of these men/children and is now observing them at close quarters. Rashida Jones is Cheryl, an old flame of two of the lads who gets the old rivalry going again; while Leslie Bibb plays Susan, Jerry’s fiancé, who is desperately trying to protect her wedding day.

The 10 real friends from Spokane, Washington, who inspired the film – nicknamed the Tag Brothers – are still engaged in an epic 30-year-old game of tag.

Jeff Tomsic (Broad City) directs TAG from a script by Rob McKittrick (Waiting) and Mark Steilen (Mozart in the Jungle). Their screenplay in turn is based on a Wall Street Journal article titled “It Takes Planning, Caution to Avoid Being It,” by Russell Adams.

The film is awfully silly, but it’s also a bit of sugary fun. It’s about excess in the name of male bonding. And it trade on the notion that you never have to grow old if you cling on to your childhood thrills. I appreciated the creativity involved in Jerry trying to maintain his unblemished record.

Ed Helms and Isla Fisher’s roles (the latter in particular) call on them to push their characters into the realm of the manic. Some will find that a bit much. Let’s face it though, the whole thing is built around going way over the top.

TAG does have a number of laughs, but it is sure to polarise audiences.