Killing crooks with kindness. That is the concept behind this original animated feature, which turns traditional methods of spying on its head. 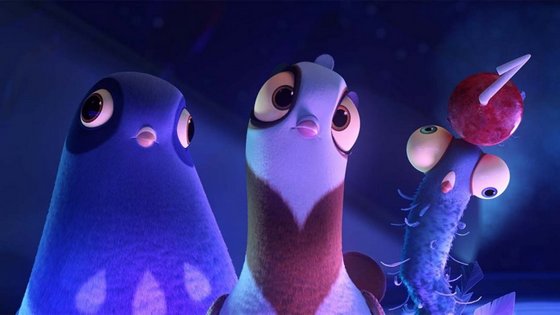 Lance Sterling (the voice of Will Smith) is an elite loner – the best of the best, who does things others can’t. Mind you he doesn’t always follow the instruction of the agency head.

Walter Beckett (Tom Holland) is the equivalent of gadget guy Q in Bond movies. Even as a kid he was an inventor, something his cop mother Wendy (Rachel Brosnahan) recognised and encouraged. 14 years later, he is low flying fruit within the agency – a technological wizard with a left of centre brain to match. The breakthrough that has eluded him thus far is invisibility. Not for much longer, mind you.

After an assignment for Sterling goes pear shaped and a dastardly villain Killian (Ben Mendelsohn) takes on his guise, the real Sterling is forced to turn to Beckett for help. You see, he is wrongly accused of sabotage by the agency. That’s when Beckett turns him into a pigeon and the pair join forces to bring down the nefarious crook.

Spies in Disguise is colourful, funny, creative and fun. A mismatched pair going head to head with laughs aplenty is nothing new, rather a tried and true formula (think The Odd Couple and Lethal Weapon for starters) that scores brownie points again here. In this case one is suave and arrogant and the other idealistic.

The super spy says violence deserves a violent response, whereas the gadget guy believes that nexus must be broken … that is, another approach is needed. Of course, it takes quite a while for the Bond lookalike to concede a team-first ethos and much goes down in the meantime.

As with the best animations, the sidekicks are important … and here it is pigeons that carry the day.