Take an intergalactic blue hedgehog. Add a small-town sheriff and a never-ending battle with a maniacal villain. Then stir liberally and, believe it or not, you have the makings of a fun, if totally far-fetched, family film. With no expectations entering the cinema, I emerged thinking the filmmakers had thrown a little magic dust at the subject and emerged victorious. Sonic the Hedgehog is a live-action comedy based on the video-game franchise featuring a brash urchin from another world. 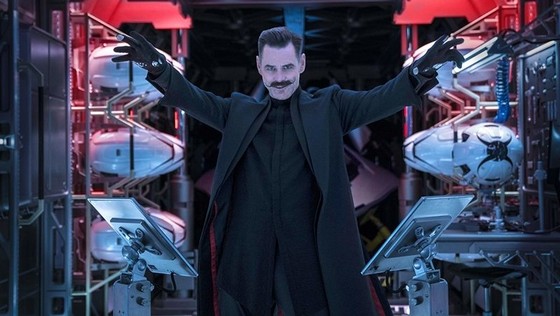 Sonic (the voice of Ben Schwartz) is a little ball of super energy and speed. With that great power come power-hungry villains wanting what he has. Born on a faraway planet, he is looked after by an owl named Longclaw. But when posse of nasties attacks, Sonic flees with the help of a magical golden ring. It is that ring that transports him to another world – Earth – where he lands in the small town of Green Hills, Montana. There his supersonic speed allows him to remain hidden from his human neighbours, but he’s lonely. He’s always looking out for the townsfolk, while longing for their companionship.

They include the sheriff, Tom Wachowski (James Marsden), whose affection for morning pastries has led Sonic to call him “Doughnut Lord”; and Tom’s wife, Maddie (Tika Sumpter), aka “Pretzel Lady”, named after her impressive yoga moves. After watching a local baseball game, Sonic takes to the field alone and plays all the positions himself. It’s an incredible display of super-speed, but it has Sonic feeling even lonelier and he works out his feelings in an electrifying and turbo-charged run, which leaves the area without power. The sudden and widespread outage draws the attention of the military and C.I.A., which enlists the maniacal genius Dr Ivo Robotnik (Jim Carrey), to track down the source of the energy surge.

James Marsden makes for a charming lead. A mustachioed Jim Carrey is perfectly cast as the wise-cracking bad guy. Exaggeration is exactly what the role calls for … and Carrey doesn’t disappoint.

Writers Pat Casey and Josh Miller clearly had fun creating outrageous situations for Sonic and Tom to face. I’m happy to say director Jeff Fowler has made a decent fist of his first feature film, providing some laughs along the way.