Sicario is a Spanish word used to describe the hitmen associated with Mexican drug cartels. Denis Villeneuve’s  Sicario (2015) was a gripping action crime drama set on the border between the US and Mexico. The sequel, Day of the Soldado, doesn’t disappoint. The film is propelled by two antihero protagonists who venture deep into the merciless world of drug dealing and American foreign policy. 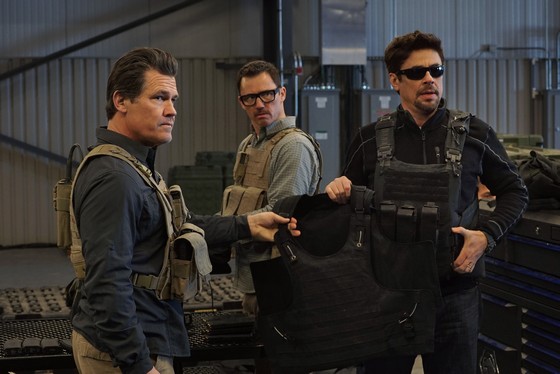 Those protagonists are mysterious attorney-turned-assassin Alejandro (Benicio Del Toro) and CIA operative Matt Graver (Josh Brolin). Graver’s job in this installment is to create chaos in an attempt to find justice.

Screenwriter Taylor Sheridan, who also wrote the original, paints Graver as a man who believes that the ends justify the means. When the US government suspects that drug cartels have started trafficking terrorists across the border, Graver calls on Alejandro to escalate the war in nefarious ways.

Brolin and Del Toro are again outstanding as the leads, reinforcing their “not to be messed with” roles. I thought Moner added to that with the attitude she brought to her portrayal of the hostage.

Stefano Sollima (Suburra) has taken over from Villeneuve. Hildur Guonadottir’s scores serves to heighten the tension. Like the first film, at a touch over two hours Day of the Soldado is a long sit, but compelling. It certainly gives you a good idea of the ruthless nature of the battle the Americans are fighting.

Incidentally, the word “soldado”, like “sicario,” is derived from Spanish, and means solider or warrior.