A microphone or two, a stool, a modern armchair, an elegant dark dress and that voice honed to perfection. This is the incomparable talent of Bernadette Robinson in The Show Goes On.

Through 75 minutes, the indefatigable Robinson (Songs for Nobodies) showcases some of the finest female musical talents of the 20th century. She has an uncanny knack of adopting their accents. French, Italian, American and very proper English appear effortless for this Aussie. 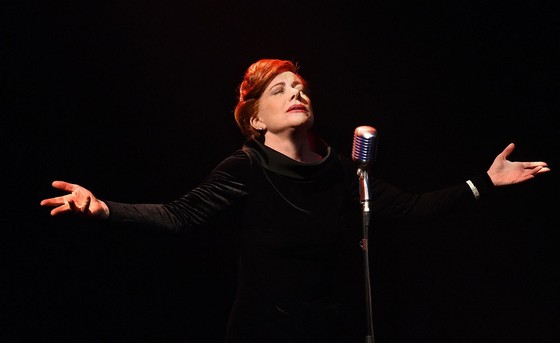 Robinson boldly assumes the personas, often adopting their tone and turn of phrase in between numbers. These are women who laid bare their lives for an audience. They loved and lost in dramatic style, hungered for fame and were, perhaps, broken by it. Through it all they expressed themselves through music on their own terms, as does Robinson.

She captures their vulnerabilities, humour, doubts and fears through the power of their songs. She has a big voice and is at home with a variety of styles, from popular to operatic. And she switches seamlessly from one voice to another; a remarkable combination of vocal acuity and range.

In her hands this is the kind of material that puts a lump in your throat and sends shivers down your spine.

On her is but a spotlight on a semi-circular stage bordered by coloured lights. With her is the backing of an excellent three-piece band comprising musical director and arranger Martine Wengrow, Dean Cooper and Scott Griffiths. 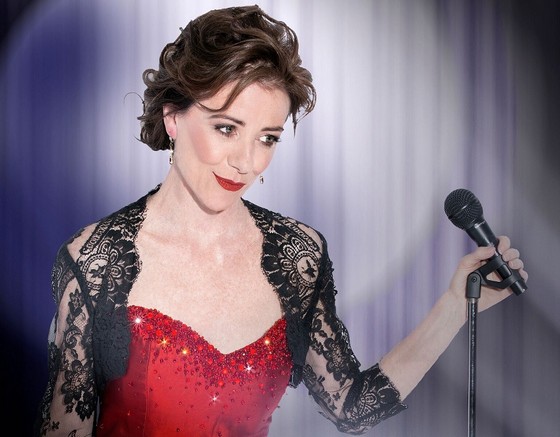 She and director Richard Carroll have created something mighty special. On opening night, the audience frequently showed its appreciation, capped off by a thoroughly deserving standing ovation. I assure you that hearing and seeing Bernadette Robinson in full voice is a rare treat. Bravo to her. What a rich and redolent performance – one for the ages!

The Show Goes On is playing at Fairfax Studio, Arts Centre Melbourne until 11 March 2018.