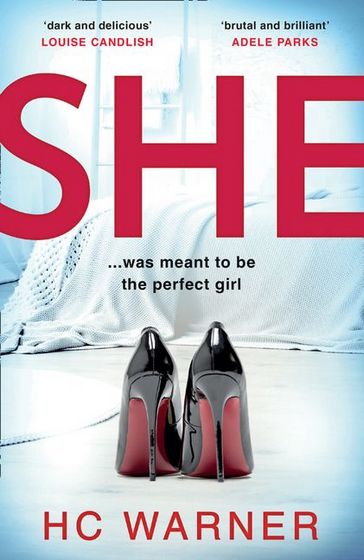 Every now and then we meet a literary villain who is both villain and victim. Meet Bella, a young woman who does not take kindly to being sidelined or left behind.  You might recognize her. Someone who once worked in your office.  Someone who once dated one of your friends.  Someone you’d like never to meet again.  This is She.

After being so inexplicably dumped by the ebullient Charlotte, Ben was not expecting to bounce into rebound quite so soon.  Sweet successful relationship revenge comes in the form of Bella, a drop dead gorgeous young professional who rides into Ben’s life like a hurricane, obliterating everything in her path.

Ben’s friends at first are well and truly convinced that Ben has punched way above his weight with this one, but then they once thought the same about Charlotte as well. Bella’s name describes her perfectly.  Bella is a knockout and the complete package; successful, friendly and loving.  She knows what she wants and sets a firm path to achieve those goals.  Ben is happy to swept up in the ride at first but keeping this dynamo happy is something Ben increasingly is not sure he is capable of.

We are perhaps so used to seeing the male of the species more often leading the charge in crime fiction that to encounter a strong female character doing just that is refreshing change. Bella is a torch of a creation, unapologetic and oddly relatable as well.  The secondary characters we meet are the same ones we encounter in every circle of friends, all with a part to play, however small, in the outcome of modern relationships that cannot be fully realized free of the influence of others.

This mad charge of a novel is divided into two parts. The first half is narrated by Dan, and the second half by Bella.  It does begin to lag a little as we finish Part One, but all is redeemed when Bella comes to the page once again, telling her own story and not being described to the reader as seen through the lens of a man.

She puts emphasis on the ripple effect upon friends and family of a couple when not everyone approves of the union.  Some of it is worthy of an eye-roll, lots of it is perfectly valid.  It is quite an interesting study into the dynamics involved when two very different personalities come together, and of the baggage we all carry from one relationship to the next, despite our assurances to self and circles that we do not.  Even if this novel was not a screamingly fast paced thriller, She would continue to fascinate on that level of relationship dissection.

She is clever yet popcorn crime fiction that serves it up deliciously cold and blisteringly hot at different times. Convincing and conniving, She shocks the reader into realizing how much might have been missed a lot on that first take – just as we may do in real life when we observe the relationships of others.  Which of course enables toxic personalities to nest in deep and thrive.

As a postscript, it is interesting to read of the different slants male and female reviewers take on this book.

Author H.C. Warner was head of a British television studio before transitioning to becoming a full-time writer of fiction. She is Warner’s fifth novel and published by Harper Collins Australia.

For some post review homework, it was interesting to read of the different slants male and female reviewers have taken on this book.  Go on, google a few.