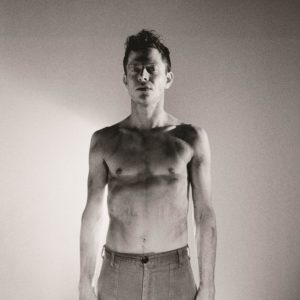 You get the sense listening to the fifth album from Perfume Genius, aka Mike Hadreas, that at heart he’s a torch singer. Whatever the musical direction or production style an individual track takes – and he does just about everything here, from dirge-y electronica to buoyant faux-50’s dancefloor pop, maudlin grungy rock, and of course more than his share of torchy ballads – Hadreas brings an emotional intensity to his vocals that suggest he’s pouring his heart out.

“Half of my whole life is gone,” he sings in the opener “Whole Life,” which sounds like an homage to Roy Orbison’s work in the mid-60’s, both in musical arrangement and Hadreas’ natural vocal range. He revisits the Orbison vibe on “Without You,” and in the ballad “One More Try,” each in an elegant musical arrangement created by producer and multi-instrumentalist Blake Mills. At the center of the album though, both literally as it’s the 7th out of 13 tracks, but also conceptually is and thematically, is “Your Body Changes Everything,” which finds the singer/songwriter coming to terms with our innate physicality, our embodied selves, and our need to connect in that physicality, sexually with another, with all the ambiguity and uncertainty we might feel toward our own embodied selves as well as the tensions that are created in our relationships to others. In the dramatic, yet elegant synthesized orchestration and pulsing electronic drumbeat, Hadreas sings to a lover, “Give me your weight, I’m solid/Hold me up, I’m falling down.” Want and desire wrestle with fear and anxiety of losing control, as he comes to terms with the fact that “Our body changes everything/I can hardly breathe/And now you’re right above me/And your shadow suffocates.”

Hadreas, who has chronicled issues of sexuality and the impact of homophobia, as well as coping with a chronic ailment like Crohn’s disease, wrestles with the two sided sword of physicality in “Describe,” where he admits uncertainty when there’re “No bells anymore/Just my stomach rumbling,” which relies on a dense distorted guitar to beat out a sense of resonance. Similarly a thumping rhythm and the sound of an over-driven synth express the desire expressed in “Nothing At All” which claims “I got what you want, babe/I got what you need, son.” All of which runs in the opposite direction of the up-tempo dance pop of “On The Floor” which wants to move on from a lover and the promise that comes in making room for someone new, even though “I pray to change/I cross out his name on the page” and still “I just want him in my arms.”

Throughout the emotional roller coaster of these 13 songs, Perfume Genius looks at life and love from as many of the angles as one can imagine, telling his own personal story of struggle for acceptance while tapping that universal desire for connection. It travels down dark passageways of the human psyche as in “Moonbeam,” a stark attempt at disassociation with one’s body, and in another holding close the memory of a momentary connection that still manages to “touch me deep.” And together, Hadreas and Mills had found a lush, varied musical vocabulary to allow what often goes unsaid to be spoken, much like the best of the torch singers.