It may have premiered on Broadway 22 years ago, but Rent remains a heart-wrenching and energetic show. Of course, it’s won the Pulitzer Prize for Drama, along with four Tony Awards; including Best Musical, Best Original Score and Best Book. Producer James Terry brings Rent to Chapel off Chapel, and it retains all the hallmarks that gave it such impetus. 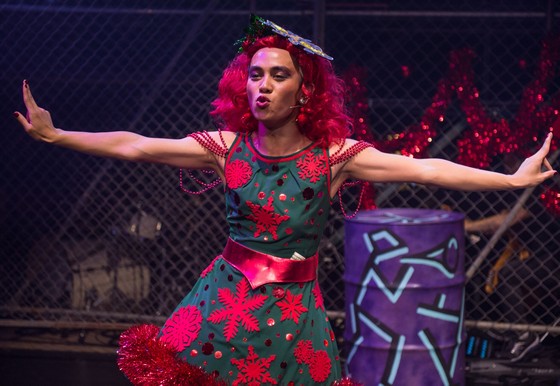 Loosely based on Puccini’s La Bohème, Rent tells the story of a year in the life of friends living in New York City in the late ‘80s. Among the group are filmmaker Mark Cohen (Evan Lever); his former girlfriend, bisexual performance artist Maureen Johnson (Kala Gare); and Maureen’s lover Joanne Jefferson (Zenya Carmellotti), a lawyer. Mark’s roommate is musician and former junkie Roger Davis (Conor Morel). Roger’s new girlfriend is drug-addicted S&M dancer Mimi Marquez (Samantha Bruzzese). Computer genius Tom Collins (Dave Barclay) falls for drag queen and street musician Angel Dumott Schunard (Marty Alix). Benjamin “Benny” Coffin III (Cameron Steens) is a former ally who married for money and has since become their landlord and the opposite of everything they stand for.

The focus then is on this group of young people living in the East Village trying to survive while dealing with their mortality. Rent captures the spirit of a generation through words and music, and the passions of its characters.

Among the many standouts is Marty Alix as Angel. He announces himself with a mesmerising number displaying not only his outstanding vocals, but his sparkling showmanship.

And he’s not the only one who knows how to win over an audience. Accompanied by an accomplished band, the 14-strong cast – as a collective – do that adroitly. Samantha Bruzzese and Kala Gare have attitude to burn and make their presence felt as Mimi and Maureen. I should quickly add that the lads aren’t exactly slouches either. 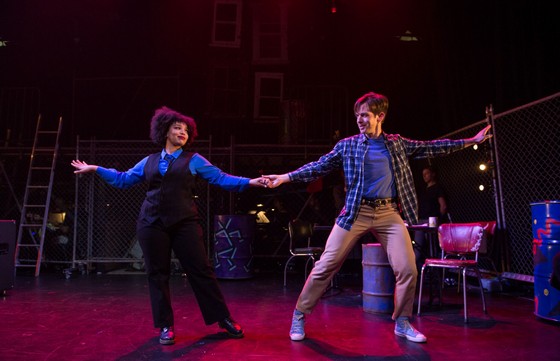 From the tender to the uplifting, Jonathan Larson’s music and lyrics are deeply moving.

This is an electrifying production that deserved the rousing reception it received on opening night. Rent is playing at Chapel off Chapel until 9 December 2018.