If you admire Shakespeare’s Hamlet and some of the finest names to have assumed the role, then British-born actor and performance artist Dickie Beau’s tribute, Re-Member Me, is a must. 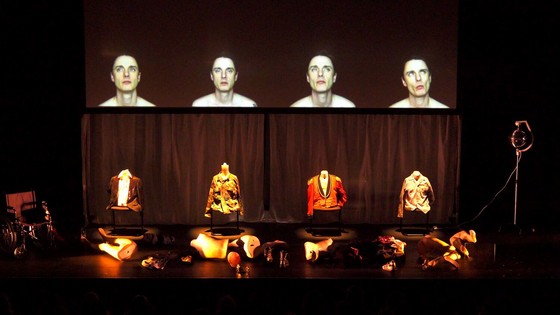 He has been creating lip sync performances for the past decade. In this case, he brings a camp association to the tragic Danish prince because he thinks Hamlet is an inherently queer character. In his deft hands, the frivolous and the serious exist side by side. Make no mistake, he has a lot of fun with the role, dressed as he is in athletic gear. With lip syncing, Beau paradoxically finds a way to speak for himself.

When we first enter the theatre, in a semicircular formation on the stage are mannequins broken into pieces – head, torsos, arms and legs. Around them are scattered articles of clothing. Stage left is a wheelchair and stage right four plain chairs.

Once the show starts, we’re treated to silhouetted interviews and miming to reflect visual images we see on a large screen. All the while Beau collects and re-configures the discombobulated items on stage I referred to a moment ago. Famous lines from Hamlet are spoken and spoken again.

We hear the voices of Sir Ian McKellen and Sir John Gielgud, John Barrymore, Peter O’Toole and Kenneth Branagh. There is former theatrical agent John Wood and the former artistic director of the Royal National Theatre Sir Richard Eyre. In their company is the former dresser of the Royal National Theatre Stephen Ashby, director Sean Mathias, actress Suzanne Bertish and the former chief critic of the Sunday Times John Peter. 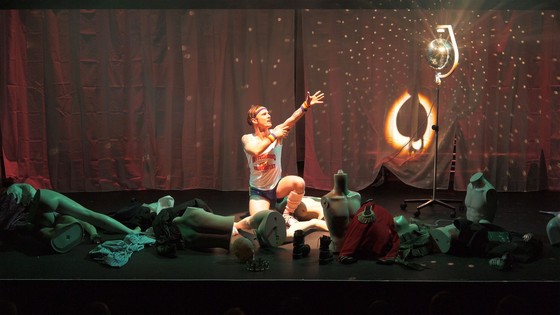 Collaborating with Dickie Beau is director Jan-willem van den Bosch, who has crafted a production to remember. Decidedly out there, Dickie Beau makes quite an impression from the outset. He will have plenty of admirers – deservedly so.

Re-Member Me is playing at Fairfax Studio, Arts Centre Melbourne until 21 October 2018.