The subject matter of Pimped is tawdry; nasty in fact. This is a film that starts out without much promise, but gradually draws you into its deviant web. It’s a psycho-sexual thriller in which the protagonist is emblematic of the #MeToo era. 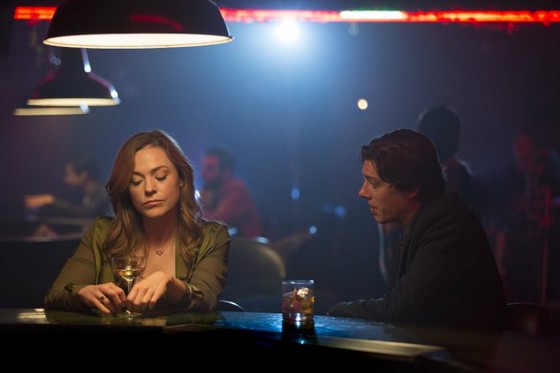 Sarah Montrose (Ella Scott Lynch) is a conflicted, mysterious woman. I say that because she is both conservative and risqué. The latter reflects in her alter ego, who’s continually pushing her to be naughty. In a bar, Montrose meets the philosophical, smooth-talking Lewis Blake (Benedict Samuel). Handsome and captivating, Lewis moves on Montrose and she takes the bait. Only, things don’t pan out the way you might expect.

Instead, Blake is part of a sick game conjured up with his rich-kid housemate, Kenneth Hanson (Robin Goldsworthy). When the men’s sexual game backfires big time, Montrose finds herself forced into an unlikely alliance. Although vulnerable, she calls on all her strength and cunning to go into battle with a psychopath and her own inner demons.

It took me a while to cotton on to what was happening, but once I did, I could see the sand shifting. The film features a powerful score, which serves to heighten the tension.

While hardly top shelf, the acting has a caricature quality about it. I can only surmise this was likely to be director David Barker’s intent. Although the characters written by Barker and Lou Mentor are unsympathetic, I must admit I did reach a point where I was intrigued as to how the story would play out. And then, cleverly, they shook it up at the end.

Twisted though it may be, this is an unlikely tale about female empowerment. Some may view it as liberating, others just plain sick.