Two years ago, we were treated to The Play That Goes Wrong and that was a riotous success. Now the same crew has done it again, with Peter Pan Goes Wrong; a silly but audacious take on J M Barrie’s Peter Pan. A dozen actors deliberately flub their cues, misbehave, run wild and have the audience is stitches. 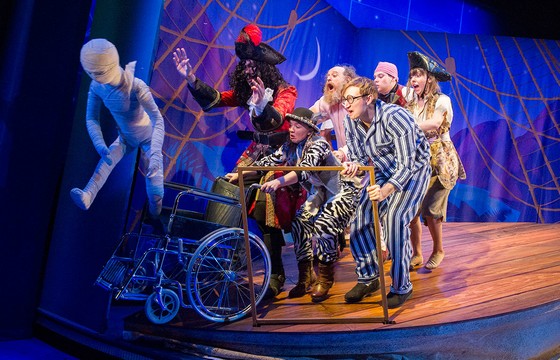 Several of those who gave us The Play That Goes Wrong are back for more this time around. They – and the newbies – battle against umpteen technical hitches, flying mishaps and cast disputes on their way to Neverland. The results are … well, disastrous (in the best kind of way).

Laughter well and truly begets laughter and with this orchestrated nonsense who can help it? Certainly, not me. It’s a light-hearted romp. Absolutely, nothing wrong with that.

I was a tad more taken by The Play That Goes Wrong, although this one certainly had its fair share of rib-tickling moments. None are better than Chris Bean as Captain Hook, when he set about trying to take down Peter Pan. His by-play with the audience is gold. Bean also makes his presence felt as Wendy Darling’s father George; and as the faux director of the work.

But he’s not the only performer who makes an impression. Trevor Watson as the stage manager is a picture of ineptitude. Robert Grove, playing Nana the Dog, is another audience favourite; while Max Bennett as young Michael Darling, complete with head phones, brings bad acting to a whole new level (deliberately, of course). 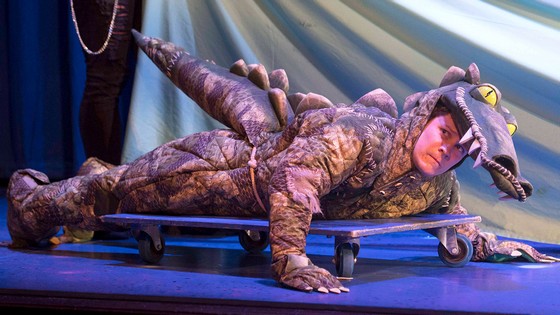