I wept tears of joy watching Ron Howard’s stellar documentary charting the life of one of the greatest operatic tenors to have blessed the planet. Including never before publicly seen photos and footage, Pavarotti is insightful and compelling. 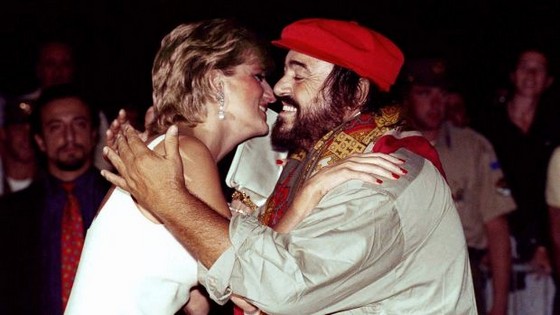 The music icon sold more than 100 million records in his lifetime. Dubbed “The People’s Tenor”, Pavarotti was the rare combination of personality, genius and celebrity.He used his prodigious gifts to spread the gospel of opera as entertainment and something to be enjoyed by all music lovers. Through the sheer force of his talent, Pavarotti commanded the greatest stages of the world and captured the hearts of audiences everywhere.

Pavarotti is the third in a series of documentaries Howard has directed exploring musical superstars. It follows on the heels of The Beatles: Eight Days a Week – The Touring Years and Made In America (about Jay-Z’s one-of-a-kind music festival).

In Pavarotti, we see the singer as a young boy, then as a young adult as well as in later life. He interacts with his family – his daughters – and his lovers. It has interviews with his first and second wife and his three daughters by his first marriage. Also interviewed are his romantic interests, along with fellow artists and managers. It builds a picture of a kindhearted man with a broad and welcoming smile who recognised the talent God gave him but was still nervous before performing. He was someone who those in positions of power and authority wanted to be seen with.

Pavarotti, as shown, was a man who cared deeply about the plight of others, especially children. The narrative arc is largely linear and the way his story is told, I learned a great deal. Of course, what would any documentary about Pavarotti be without snippets of the great man in full voice! What a voice. What a man. What a documentary. Positively enthralling.