Warm, witty and engaging, Ordinary Days is a contemporary musical about making real connections in a city that never sleeps – New York.  It is about our search for meaning and purpose, and how to celebrate beauty and the simple things in our everyday lives. 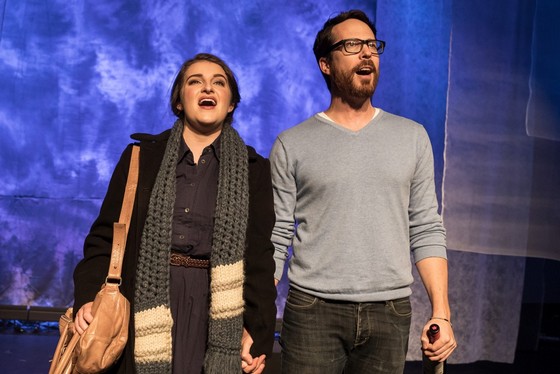 The longer it went the more I embraced and fell heavily for what these four characters dished up. It is a double love story. A struggling artist, Warren (Joel Granger) is cat sitting for an established artist. Warren is a warm and caring soul who has an optimistic outlook. He picks up and keeps things others may not value. I’m talking about old postcards and an unopened Valentine’s Day letter. Then one day he chances upon a well-worn and used notebook that contains all the material relevant to Deb’s thesis.

Highly-strung Deb (Nicola Bowman) is in serious meltdown mode, quite beside herself not knowing what to do without her precious jottings. He reaches out to her and gets far more than he bargained for from one fiery redhead.

Jason (Matthew Hamilton) is dating Claire (Brittanie Shipway) and has been for a year. They live only 14 blocks from one another, so he prevails upon her for the two of them to move in with one another. But what starts out with such promise doesn’t go according to plan. He appears much more into her than she is into him. Only much, much later do we learn why.

With music and lyrics by Adam Gwon, there is a lot to like among the 21 numbers that constitute this 90-minute show. Staging is kept to a minimum – a cloud screen and some lightweight hanging fabric, plus a few props, all that is necessary. 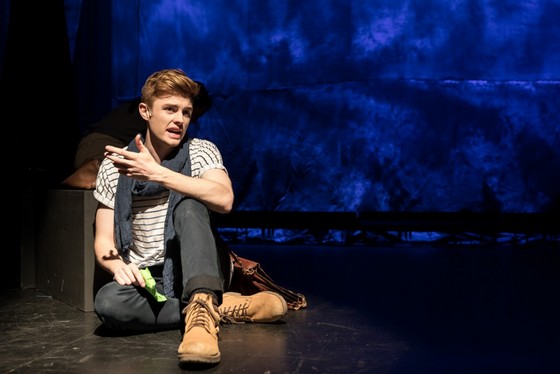 It is really about the words and the music, and the interplay between the respective personas. A wonderful group of talented performers fill the four roles, each giving voice to their characters’ distinct personalities. There is cautious Claire, devoted Jason, ebullient Warren and high maintenance, in-your-face Deb. Bowman appears to have a lot of fun with the latter. Her comic timing is masterful.

Directed by Tyran Parke, with musical direction from Stephanie Lewendon-Lowe, Ordinary Days is often very funny and at times moving (there’s one scene in which I had tears running down my face). Staged by Pursued by Bear, it is playing at Chapel off Chapel until 18th June.