On Chesil Beach introduces elements of theatre into a period drama about the relationship between two sensitive high achievers.

It’s summer 1962, and England is still a year away from the huge social changes of the Swinging Sixties. Florence Ponting (Saoirse Ronan) and Edward Mayhew (Billy Howle) are a young couple in their early twenties. 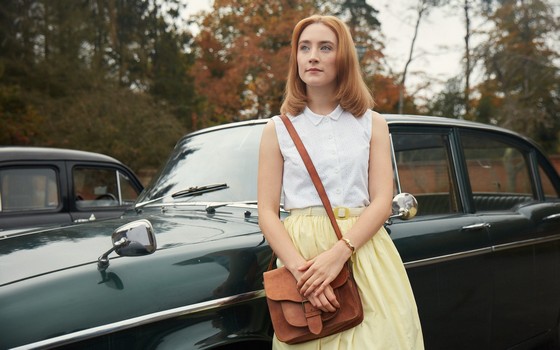 Florence is a talented, ambitious violinist with a string quartet. Edward has graduated with a history degree and aims to become an author. Now on their honeymoon, they’re dining in their room at a sedate hotel near Chesil Beach in Dorset. Their conversation becomes more tense and awkward, as the prospect of consummating their marriage approaches. Finally, an argument breaks out between them. Florence storms out. Edward pursues her, and their row continues on Chesil Beach.

Through a series of flashbacks, we learn about the differences between them – their attitudes, temperaments and drastically different backgrounds. Florence is from a prosperous, conservative family presided over by her overbearing father (Samuel West), a successful businessman. Edward’s father (Adrian Scarborough) is a teacher. His art expert mother (Anne-Marie Duff) has brain damage after an awful accident. Their home is informal, somewhat chaotic and closer to nature.

On Chesil Beach is a powerful, insightful drama about two people, both defined by their upbringing, bound by the social mores of another era.  Ian McEwan adapts his own novel for the screen; while Dominic Cooke (The Hollow Crown) directs. Cooke brings a softly, softly approach to the courtship and its undoubted clumsiness. He unfolds the story methodically. We learn more about the couple’s back stories through flashbacks, liberally interspersed into the setting at Cecil Beach.

The performances are notable, largely – although not entirely – because they effectively employ reservation and restraint. And when those shackles are removed, those scenes resonate even more strongly.

The movie makes a great play of the times, that is the early ‘60s are well represented in the period detail. A surprising twist emerges some way into the picture. While blindsided, I was satisfied. On Chesil Beach is that sort of picture: well-conceived and executed for an audience not looking for a quick fix or a pyrotechnic blancmange.

On Chesil Beach is now showing on Stan and Foxtel Now; and is also available to rent or buy on iTunes, Google Play and YouTube