Nine may not be a conventional musical, but it still has great power. It’s the story of a self-obsessed film director and writer, Guido Contini. Guido is about to turn 40, and his last three movies have been flops.

He’s signed on to make a new picture, but has no idea what he’s going to make. He has a severe case of writer’s block … and the cameras are due to roll by the end of the week. The producer will have his guts for garters if he doesn’t come up with a compelling script – fast. 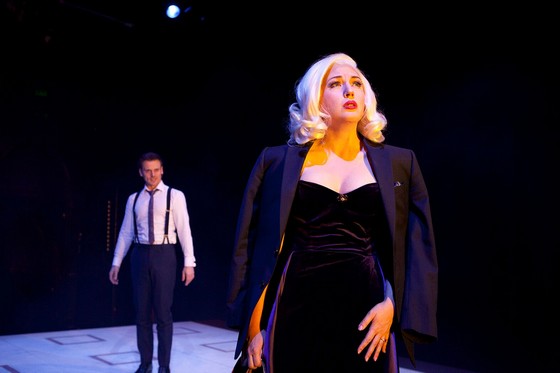 Guido has been married for 20 years to an actress who has let her own career lapse to encourage his creative endeavours. But he’s a womaniser. Now his marriage is almost at the point of no return. Women continue to pursue him. His day of reckoning dawns. Just how it will turn out is uncertain.

The story is based on Federico Fellini’s semi-autobiographical film 8½. Michael Ralph directs and choreographs this production, his first foray with StageArt. Maury Yeston provides the music and lyrics; with the book by Arthur Kopit. Nathan Firmin is the musical director.

The cast is made up of 14 women and two males. Guido is the only male character – but appears as a man and as a nine-year-old boy.

The performances are strong and inviting, ably led by Anthony Scundi as the adult Guido. Alana Tranter impresses as his wife Luisa, who knows her man all too well and will only take so much more of his shenanigans. Rachel Bronca steals the limelight early on as a vixen who implores Guido to divorce his wife, just as she is about to do to her husband, so the pair can be together. And Courtney Glass, as film star Claudia, comes into her own in the second act. 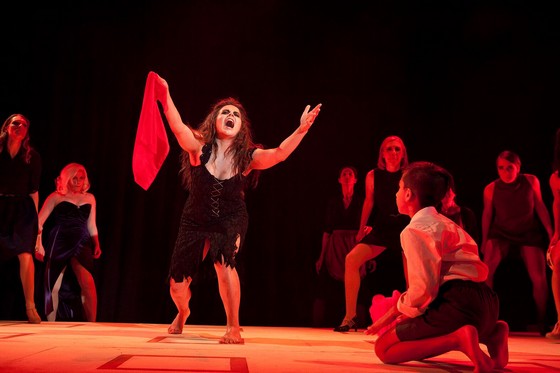 In this era of the #MeToo movement, we’re much more aware of the importance of strong female roles. Let’s not forget Nine The Musical first made it to Broadway in 1982. It claimed five Tony Awards, including Best Musical, and was turned into an Oscar-nominated film in 2009. I found it fascinating to witness the show again against this quantum shift in public sentiment. It holds up very well.

The only thing I would have liked to have seen improved is the staging, which amounted to nine plain square boxes. I found that uninspiring.

It’s playing at Chapel off Chapel until 3 November 2018.