Neon Tiger is billed as the ‘adult gap year you never knew you needed’. Set to the beat of Bangkok, the musical love story promises karaoke, travel and romance. Rather than presenting a hustle-and-bustle travel tale of the tourist mecca, however, the two-hander tells an intimate account of an arduous and relatable relationship.

Brisbane girl Andy (Lisa Hanley) is a struggling indie singer-songwriter working in a Bangkok nightclub, the titular Neon Tiger, when she meets holidaying Thai-American woman Andy (Courtney Stewart). They’re both searching for something beneath the surface. So, in the heat of the city they explore together, they fall in love, despite their individual character contrasts. 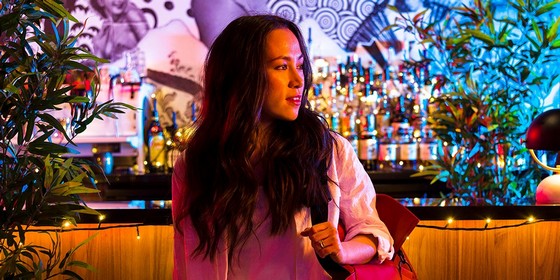 It’s a charming enough story that’s well-paced to play out in what feels like a personal experience. Its examination of human nature under pressure serves as a celebration of emotions rather than intellectual notions or ideological positions, which makes for an entertaining theatre experience. Easy doesn’t mean predictable though and its refreshing take of the tried-and-true odd couple story is appealing as it offers a sober assessment of the relationships of youth without a clichéd conclusion. And while what is ultimately presented is a love story, it is far from just froth and bubble as the show also touches on big issues such as sexuality, culture and racism.

The script is authentic too in its loyalty to the language of the protagonists rather than heightened, witty or poetic musings, which brings about laughter, especially as the characters banter back and forth in one-liners to the audience as they each recount their contrasting individual experiences and interpretations of common events. And although initially switches between dual narration and conversational dialogue are jarring, ultimately, they work as a way into later emotional conflict.

Courtney Stewart and Lisa Hanley successfully portray the stories of these two very different women, aimless avoider Andy and the controlled and controlling Arisa. Whether you find them familiar or frustrating, the fact that they’re real enough to evoke such responses is a testament to the talent of both actors.

Although the work was commissioned and developed by the Brisbane Powerhouse, in its La Boite Theatre world-premiere season, Neon Tiger works well in the in-the-round space. Indeed, the story is enhanced by a simple, yet versatile, stage design (set and costume designer Sarah Winter); the multi-leveled contemporary set is at-once functional and atmospheric, allowing for recognisable scenes of night life in the Thai capital in combination with lighting designer Andrew Meadows’ lush colour palette. Indeed, its strong sense of place is one of the production’s biggest strengths, understandable perhaps given that the work is the result of a 10-day creative research trip to Bangkok by playwright Julia-Rose Lewis, director Kat Henry and musical comedian Gillian Cosgriff. 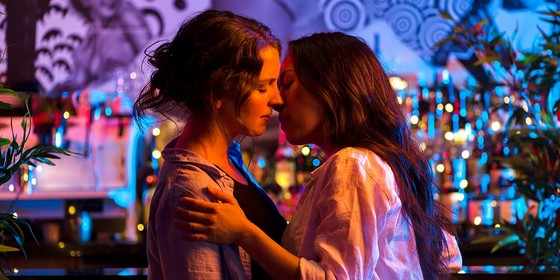 Eight original musical numbers composed by Cosgriff enhance the texture of the show, although an early hip-hop number feels jarringly out of place. There’s a good balance of drama and music, meaning that when Hanley picks up a guitar to share Andy’s version of events in sometimes-quirky song, it seems entirely natural.

While intellectually-challenging and emotionally-stimulating theatre can be invigorating, there’s also always a place for theatre for entertainment’s sake. The endearing Neon Tiger stands both as testament to this draw-you-in appeal and evidence that with regards to its 2018 season, La Boite has certainly saved the best for last.