The director of this project, Matt Scholten, had found an artistic compatibility with actor, Noni Hazlehurst, while working on The Heretic for the Melbourne Theatre Company and, as their friendship developed, decided to work together again. The challenge that the actor wanted was that of a one person show. Together they approached the Melbourne writer, Daniel Keene, and collaboratively they produced Mother. This production has been seen around Australia since 2016, and at last is in Sydney. 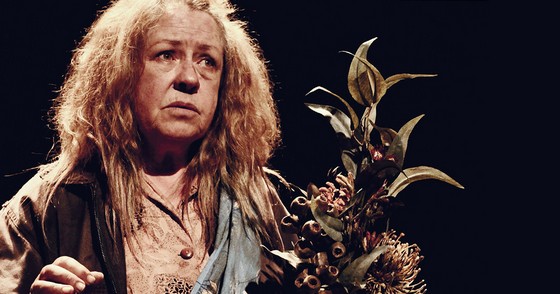 Christie meets Lenny, both are members of the underclass – what Louis Nowra has described as “the cheated”. They live together and they have a child. Mother tells a story where not all goes well. Christie has what the hospital calls a ‘fractious’ child. Christie’s coping mechanism is to indulge in alcohol which leads to an addiction and the journey on a downward spiral that takes her to where we meet her in a state of homelessness in an uncared for park.

Daniel Keene in his notes in the program says:

We are living in a time when for many people the most vulnerable amongst us are objects of scorn. … The homeless, the poor, the disenfranchised, are held in contempt. … What causes these attitudes to emerge? … I think it is fear. Not of the person who is treated with contempt, but of the realities that have reduced that person to poverty, to homelessness, to a state of fear, that have caused them so much pain. …

The Director has matched the writer and the actor perfectly. In 75 minutes of a virtuoso performance that has at its core a great personal dignity, Ms Hazlehurst, inhabits Christie with a wry sense of humour and love as a Mother of a child and talks to us through a series of her life’s episodes, that narrates the predicament, the journey, and the human pathos of her uniqueness.

The writing of Daniel Keene captures the narrative and the person with a complete compelling empathy and much of its beauty is in the poetic rhythmic structures of the sentences and the simple poetics of imagery. The speech sounds (feels) natural but it is, in its entirety, simply, a masterfully fashioned piece of poetry under the guise of narrative prose. Ms Hazlehurst has the skill and insight as an artist to deliver what has been rendered on the page without proportionally having us necessarily noting the poetry or rejecting what some might feel is a cliche of events in its storytelling. Ms Hazlehurst brings a blend of toughness and vulnerability, humour and heart, a relish of the material and a commitment to Christie’s life story that makes the performance on the Belvoir stage a piece of work of some grace and power. 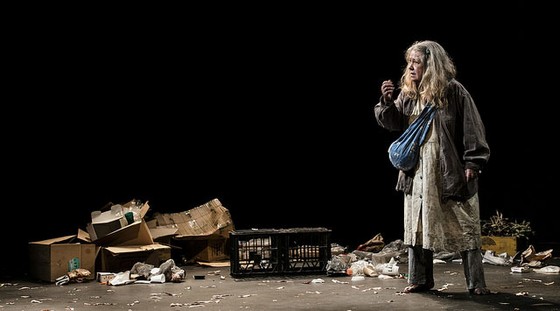 It is a beautiful ‘haunting’ for those of us who can remember the work that Noni Hazlehurst has given us over the years, especially, if some of it was on this very stage. Whilst watching this performance one could imaginatively overlay the remembered images of past characters and productions over the top of this work, and the density of the glorious ‘ghosts’ conjured can be burnished, embellished, by this present offer. One was able to embrace the radiating presence of the actor ‘lost’ in the character of Christie and have a most rewarding time with a pathetic but vital ‘glare’ at a social problem that some of us pretend is not there. The pretence caused, perhaps, by the fear that there but for the grace of god, go I.

A simple ‘touring’ set and costume design, by Kat Chan, is mightily supported by a complex and empathetic lighting design by Tom Willis. While the sound design of mostly natural elements creates atmosphere, time and place with a ‘symphonic’ depth.

Mother is a must-see. The writing is magnificent and the performance astounding.

P.S. The presence of Christie caused the character of Laurie Dockerty to rise up with her whole family in the Redfern/Surry Hills location, from Dorothy Hewett’s early play, This Old Man Comes Roling Home – it would be good to see that again.