In the animated adventure Missing Link, Sir Lionel Frost (Hugh Jackman) is a fearless adventurer who investigates myths and monsters. He cuts a dashing figure globetrotting, but his peers don’t believe his latest “discovery” because he has no proof. But Sir Lionel wants recognition, so he sets off on yet another adventure. This time it’s to America’s Pacific Northwest. There he hopes to discover a living remnant of man’s primitive ancestry – the Missing Link or Big Foot. 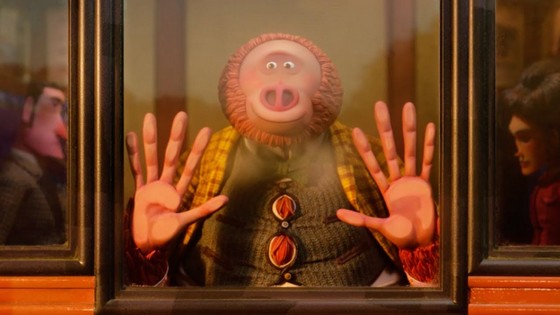 In fact, tracking him down isn’t difficult. But he finds a surprisingly smart and soulful beast who’s the last of his species … and very lonely. He’d dubbed Mr Link (Zach Galifianakis). Mr Link implores Sir Lionel to seek out distant relatives in the fabled valley of Shangri-La. The only known map of the region is held by a former romantic partner of Sir Lionel’s – and an adventurer in her own right – Adelina Fortnight (Zoe Saldana). Soon the three of them set out … with trouble tailing them and more trouble ahead.

Chris Butler (ParaNorman) wrote and directed this stop-motion animated feature set in the Victorian era. It’s visually appealing, and features a cast of colourful characters and nifty animation. The straightforward storyline and humour will appeal to children.

As an adult, for me it was all too familiar and predictable. I can’t say I laughed even once. That’s not to say the film doesn’t have endearing elements. It does. Sir Lionel Frost’s laid-back heroics and Mr Link’s literal interpretations of what Sir Lionel tells him are nice touches that work well. It’s more the hero-and-villain stuff that showed nothing we haven’t seen a million times before. And because it’s squarely aimed at kids, the villains are clearly identified from the outset and there are no surprises. I found myself tuning out.

Nevertheless, I did appreciate Sir Lionel’s persona and the visual tapestry. Plus the imagery over the final credits, which are like a mini-film within the film.