Growing old and frail, becoming ill and disabled, hardly seems like a whole heap of fun or a bundle of laughs. And yet that is the backbone of MTC’s latest production, Minnie & Liraz, which produces a surfeit of rib-tickling moments that the first night audience greatly appreciated.

The cacophony begins even before the play starts, as a number of the characters position themselves on stage – slowly and deliberately milking each and every moment. The scene has been set not only for a memorial service inside Autumn Road Retirement Village in Caulfield, but for what follows. The story concerns a fiercely competitive bridge club at the aged care facility. 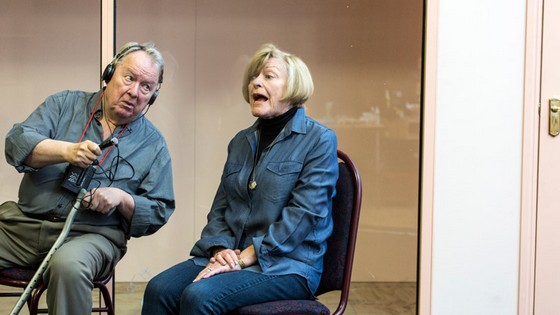 Minnie Cohen (Nancye Hayes) – who for 70 years has been married to the cynical but devoted Morris (Rhys McConnochie) – is a very good player. At the start of proceedings she loses her card partner, Candice Dean – who we never get to meet, but for whom the remembrance ceremony I just referred to is being conducted by devoted staff member Norma (Georgina Naidu) – in an unfortunate swimming accident at the centre. Liraz Weinberg (Sue Jones) – a bundle of unbridled energy on an electronic scooter – is quick to seize the opportunity to prevail upon Minnie for the two of them to team up around the card table.

Liraz’s intent is not only to take down all-comers at Autumn Road, but to get her shot at claiming the Australian National Seniors’ Championship. Minnie isn’t fussed or all that keen (and her husband even less so) until she realises that Liraz has a 36-year-old physicist grandson named Ichabod (Peter Paltos). That’s when an idea pops into Minnie’s head to pair up her perpetually single granddaughter, a 38-year-old primary school principal, Rachel (Virginia Gay). Both Ichabod and Rachel are odd types – well and truly outsiders – with few, if any, social skills. As such, they are a match made in heaven.

As pleasurable as the first act was chronicling the interplay been residents, husband and wife, and their nearest and dearest, the second was even better. First up, the scene which develops the relationship between the grandchildren – beautifully played by Gay and Paltos – is comedic gold. And then there is the surprise ending (or near enough to the end). I challenge anyone to pick it. Terrific stuff … and, again, very funny.

The rotating set (the set and costume designer is Mel Page) is simple but well conceived and executed, reflecting various rooms of Autumn Road, with a long corridor in between. The performances are universally excellent, notwithstanding the fact that the peppy Liraz grates from the outset (that is how her character has been written). 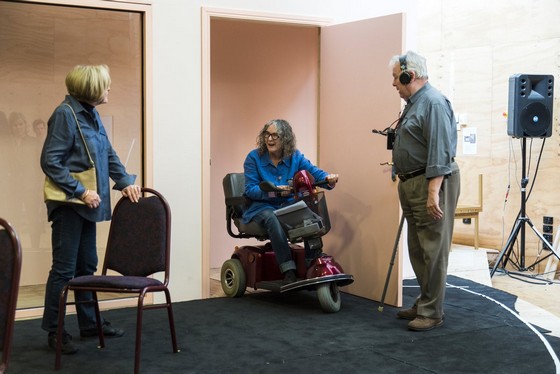 Award-winning American-born, Canberra-raised playwright Lally Katz, who had such success with Neighbourhood Watch, has crafted another masterful piece – her original take on Jewish grandparents and raw ambition. Minnie & Liraz is skilfully directed by Anne-Louise Sarks (Medea).

Underneath all the laughter and barbs, there is pathos – a heady combination, indeed, that ensures this world premiere is engaging, endearing and most enjoyable. Minnie & Liraz is playing at Fairfax Studio, Arts Centre Melbourne until 24th June.

* I attended the first preview performance of the play.