If you’ve ever heard (proper) jazz, it’s likely you heard Miles Davis. If you’re a jazz fan, you’ll know he’s part of the pantheon with the likes of Duke Ellington, Charlie Parker and John Coltrane. Stanley Nelson’s documentary Miles Davis: Birth of the Cool explores the man, his music and his legacy in a comprehensive but entertaining way.

Nelson is a storied documentarian known for his works about African-American history, notably Freedom Riders (2010). His films generally make use of both archival footage and testimony from those who were there. This doco is no different, though he adds an extra layer here by having Carl Lumbly “play” Miles as narrator. That in itself is kind of funny, because just about everyone in the film does their impression of Miles’ gravelly voice. 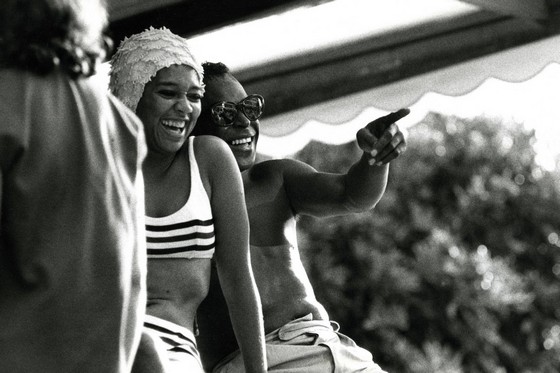 The film progresses chronologically, which helps in keeping track of everyone as well as understanding the rises and falls in both Miles’ career and his personal life. It naturally hits the artistic high points – Birth of the Cool; his soundtrack for Louis Malle’s Elevator to the Gallows; Kind of Blue; Sketches of Spain; Bitches Brew. It examines his collaborations with Gil Evans, John Coltrane and Ron Carter, among others. It revels in his time as a style icon and fashion “influencer”.

Things take a dark turn however as the film delves into Miles’ personal life. Nelson explores his passionate but fractious relationship with Frances Taylor; and she provides her recollections. Several other women in Miles’ life do likewise, and they don’t paint a pretty picture. Most of them are surprisingly generous towards him, even now nearly 30 years after his death. But there’s no getting away from the fact he was violent and abusive, especially when he drank and took drugs (illegal and prescription).

Above it all though is the music. Nelson spends a lot of time taking a deep dive into Kind of Blue; and especially the opening track “So What”. It’s fascinating if you’re into music (any kind of music really). From be-bop and modal jazz to Miles’ later jazz-rock fusion music, Nelson carefully walks you through his musical career. He marks each shift clearly, so I found it easy to follow the progression.

Nelson’s interviewees add humour, colour and insight into the man, his art and his failings. They include Miles’ family and friends, some of his collaborators and some surprising additions, including Carlos Santana and French actress Juliette Gréco. The film also dovetails nicely into recent films around jazz, including the Coltrane doco Chasing Trane and Don Cheadle’s fictional Miles Ahead.

Miles Davis: Birth of the Cool is a fascinating, detailed and unflinching examination of a musical giant. It’s obviously directed at a select audience, but if music or history are of any interest to you, I’d urge you to seek it out.