Tahir, Jimeoin, Arj Barker, Jimmy McGhie and Akmal were the standouts for me in a 12-strong, two-hour showcase of some of this year’s acts from the Melbourne International Comedy Festival. It’s a taste-test – and if you want more you can catch their individual appearances. There’s a lot to like. They’re slick, professional, well-rehearsed … and, most importantly, very funny.

Emcee Lawrence Mooney warmed up the audience by playing on his age and the fact that he has two kids of vastly different ages. He highlights the transformation in parenting between then and now when it comes to discipline and how he has no need to befriend new people, especially the parents of his youngest. Then the blue-blood suburb of Brighton comes in for a whipping – in fact, not just from Mooney but from a couple of the comics after him too. 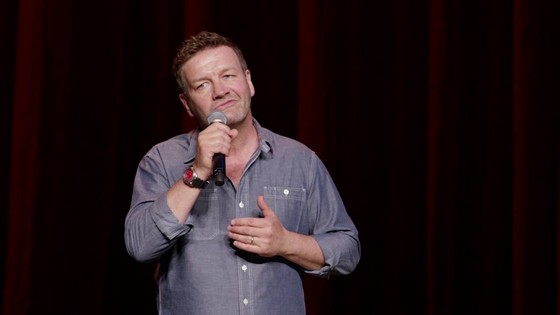 He introduces Simon Taylor, who proceeds to explain the modern form of the board game Monopoly that he plays with his parents. The rest of his routine is spent showcasing some new age kids’ books aimed at two to six-year-olds for which he has written revelatory outlines. These tackle subjects include homosexuality, racism and the sounds coming from mummy and daddy’s bedroom. Rose Callaghan plays on her singleton status for seven years before she met her boyfriend. She talks about her ADHD diagnosis and how that led her to a whole new group of friends, but perhaps not those she would have expected. She also references reality television that doesn’t reach the renters’ market.

Tahir is a revelation when he speaks about racism and people who say things without thinking. He discusses scary foreign names and his antidote to stress. Bev Killick describes herself as a crummy mummy and definitely not a yummy mummy. As the mother of two who grew up in the ‘70s she believes in laying it straight on the line for her children. She leaves no question as to the stink associated with her 14-year-old and gives an operatic rendition of a room clean up, before finishing with three impersonations.

Lawrence Mooney returns and delivers his best Malcolm Turnbull impersonation before giving us his take on other prominent politicians. Jimeoin is a hoot as he tackles everything from daylight saving and how easy it is to get him off kilter to Jesus and women’s driving. His facial expressions are priceless as he tackles the vagaries of time, dogs and how best to enter your seat at the theatre – butt first or crutch first.

Then Steph Tisdell wastes no time going from pap smears to the legacy of black fellas, the impact of wrongly applied sun screen and inter-racial relationships. After a 20-minute interval, Lawrence Mooney is back briefly to explain why women traditionally live longer than men and why prostate cancer doesn’t receive the same attention as breast cancer. Bad Barbie, aka Nikki Osborne, takes to the podium and doesn’t hold back, explaining why Kmart is a better pick up place than Tinder. She asks why the makers of Barbie haven’t increased their range to include the likes of Bogan Barbie, Brighton Barbie and Bali Barbie. Let’s just say she thrives of the politically incorrect. 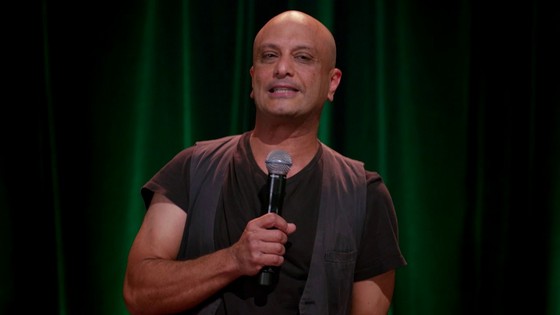 Arj Barker deals with gambling, Ferris wheels, marriage and yoga before explaining the inherent problem with road work signs (and he’s right!). Love his work. Brit Jimmy McGhie, in his late 30s, explains that he is too young for a mid-life crisis, which means he is not of age to wear Lycra and cycle. He turns his attention to the 20 somethings in the audience and a generation that has never used a landline telephone and thinks it invented anxiety. Mooney has a few lines about he and his wife preparing for bed ahead of Georgie Carroll who has two boys with straightforward names. Mind you, from what I gather, spelling is not their strong suit and one of them had an accident which has left his arm in a cast, which has its own rather delicate limitations.

Akmal explains the wonders of travelling around to remote parts of Australia after he arrived in the country from Egypt when he was just 10. The Adelaide Fringe Festival is treated kindly, but not so the V8 Supercars that take to the streets of that city. He also tells us why US President Donald Trump is not all that clever if he expects Mexicans to help build the wall that has been on his agenda since he became top dog. I should add that Akmal doesn’t seem to be a big fan of “coloured” Santas.

Benjamin and James Stevenson are identical twins who relish arguing (which one is cleverer or more handsome?). They deal with the issue they are most asked about, namely whether they “swap”. And the answer is … You’ll just have to see their show to find out. The pair also deliver – at frenetic pace – a couple of spicy little ditties.

All up, I had a fabulous night, with one heck of a catalogue of talent. No wonder the Melbourne International Comedy Festival, which runs until 21 April 2019, appears to grow in popularity and size year on year. To find out more go to comedyfestival.com.au.