One was an author, poet, songwriter and reluctant singer adored by the masses. Egotistical, hedonistic, spiritual and depressed. He used to disappear without notice and dropped acid like it was going out of fashion. The other was his muse. She adored him and he was frequently drawn back to her. She always had a special place in his heart. But although they lived together harmoniously for a time, they were destined not to be together. 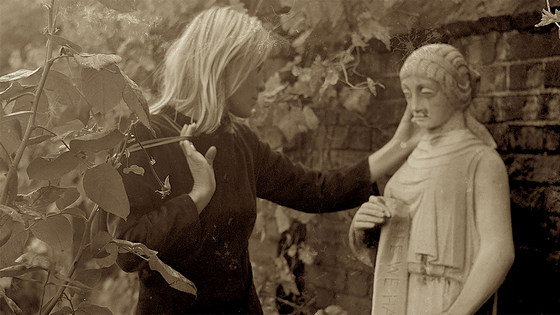 The pair met on the idyllic Greek island of Hydra in 1960 as part of a bohemian community of foreign artists, writers and musicians – a time of free love and open marriage.

Marianne & Leonard unveils the love story – with its heartache and heartbreak – that was the relationship between folk singer Leonard Cohen (21 September 1934 – 7 November 2016) and Norwegian mum Marianne Ihlen (18 May 1935 – 28 July 2016). It also captures a journey into periods of darkness and madness. A line in the doco captures the essence of Cohen’s appeal – “a man like that is what every woman wants and can’t have”.

Leonard – from aristocratic Jewish stock – maintains his love of music came from his mother. But he didn’t start singing professionally until his early 30s and only after he was prevailed upon to take the stage by a woman (not Marianne) for whom he penned a song. Let’s just say that his first experience in front of an audience didn’t go according to plan.

In an unusual twist, the narrator and director of the documentary, Nick Broomfield (Whitney: Can I Be Me), is one of Marianne’s other former lovers. That’s something I can’t say I expected. Broomfield, then aged 20, met Marianne – who introduced him to Cohen’s music – in 1968.

I found Marianne & Leonard an alluring and captivating watch. It is a tale of two people searching for meaning and purpose in their lives.

We are introduced to them through their own utterances along with interviews with those who cared about them and worked with them – friends and colleagues, if you like. What is particularly pleasing is the amount of raw archival footage of the pair that makes up the lion’s share of the doco.  Marianne appeared most at home, seemingly without a care in the world and comfortable in her own skin – positively glowing – when sailing with her man.

But Leonard was nomadic – spending time not only on the Greek island but in his hometown in Montreal, in New York, LA and later … for years … at a Buddhist retreat. Marianne, too, eventually left the island to return home to her native Norway and live out a much more conventional life.

Interestingly though, Leonard was there on her death bed, not physically, but emotionally … and then he passed away three months later.

Their connection was palpable and it is well captured in this documentary, which also includes snippets of some of his beloved songs, including his biggest hit, the unparalleled Hallelujah … and the aptly named So Long, Marianne.  Rated M.