What a legacy the Swedish pop group ABBA has left the world! That was my overwhelming sentiment while watching the fun of Mamma Mia! unfold at Capitol Theatre in Sydney.

It’s a heartwarming romp that gets better until the final three crowd-pleasing numbers. The whole audience is on its feet clapping its hands and dancing to those catchy tunes. In fact, throughout, the big songs – performed by the 24 strong cast and eight band members – are the ones that particularly took my fancy. 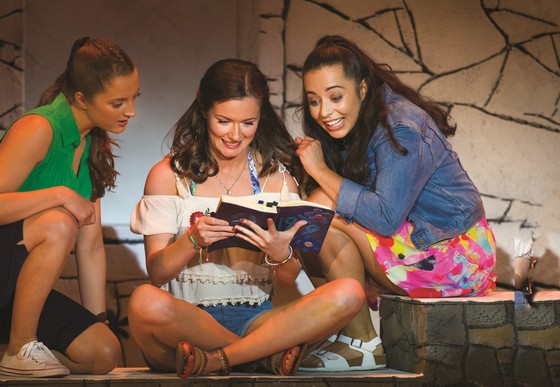 English creator Judy Craymer and British playwright Catherine Johnson wove together the story based on the songs composed by Benny Andersson and Björn Ulvaeus.

The plot centres around a young bride-to-be. brought up by a hard-working single mum who runs a taverna on a Greek Island.

The plot centres around a young bride-to-be in 20-year-old Sophie (Sarah Morrison). She’s preparing to marry her fiancé, Sky (Stephen Mahy). But before the wedding, she comes across her mother Donna’s (Natalie O’Donnell) diary from the 1970s. In it, she names three men – Sam Carmichael (Ian Stenlake), Bill Austin (Josef Ber) and Harry Bright (Phillip Lowe) – who could be Sophie’s father. So, without telling her mother, Sophie invites all of them to her wedding, hoping to discover which one is the dad who hasn’t been a part of her life all these years.

Only, she words their invitations as if they came from Donna. What she doesn’t know won’t hurt her, right? And Sophie wants her dad there on the biggest day of her life. Let’s just say that as a result the lead up to her nuptials is not what anyone had expected. After all, these men haven’t set eyes upon Donna for two decades and didn’t even know Sophie existed.

As hit after hit is performed, it becomes a showcase for the strong-willed women – Sophie, Donna and her gal pals, Rosie (Alicia Gardiner) and Tanya (Jayde Westaby) – who form the core of the piece.

It is not hard to see why ABBA has sold as many as 500 million records. Of course, after they won the Eurovision Song Contest in 1974, they went on to become one of the most commercially successful musical acts in history, regularly topping the charts around the world for the subsequent eight years before they disbanded. Now Mamma Mia! has been seen by 60 million people in more than 20 languages in upwards of 450 cities. 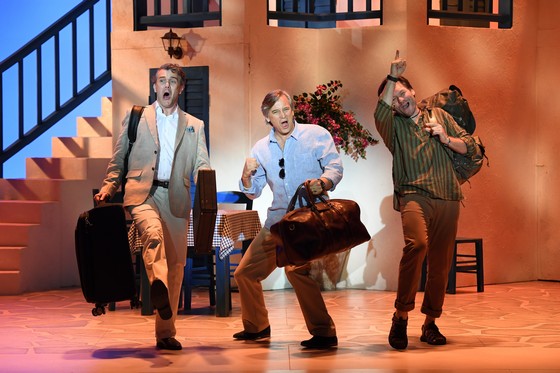 Of the 22 numbers performed in the show, the haunting solo “The Winner Takes It All” (performed magnificently by O’Donnell) had the biggest impact on me. It seems only fitting that she starred as Sophie in the original Australian production of Mamma Mia! and now she’s come full circle to fill the pivotal role of Donna.

A happy, up-tempo celebration of a gentler time and of love, laughter and friendship, Mamma Mia! continues to shine brightly whenever and wherever it plays. Directed by Gary Young and choreographed by Tom Hodgson, with musical supervision by Stephen Amos, it’s on at Capitol Theatre in Sydney until 6 May 2018. It moves to Crown Theatre in Perth on 15 May; Princess Theatre in Melbourne on 10 July and Festival Theatre in Adelaide on 9 October.