Melbourne has hosted the English-language debut of Madiba The Musical, after the show had previously opened in France, north Africa and the West Indies.It chronicles Nelson Mandela’s triumph-against-the-odds story. A forbidden love affair between a black man and a white woman provides a fictional parallel tale. 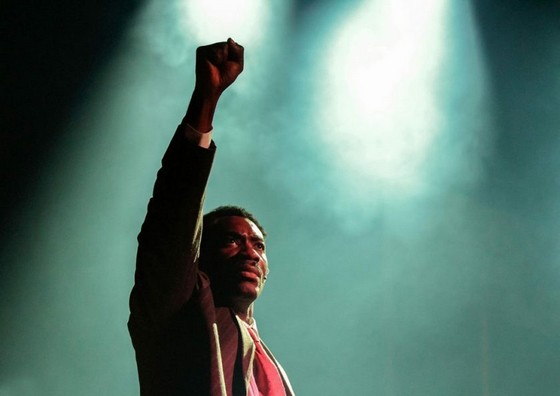 The musical skips through much of Mandela’s historical backstory but pinpoints several significant events, including the Sharpeville Massacre. Mandela was sentenced to life in prison for treason and sabotage in 1964. He was freed – after 27 years in captivity – in 1990 … when aged 71. Four years later, Mandela became the first black President of South Africa.

A talented 17-strong vocal cast breathe life into the celebration of a nation’s coming of age. David Denis narrates the story, often in engaging hip-hop fashion. He’s also a dancer with no shortage of fancy moves. Perci Moekesi channels the great man with dignity and sincerity; while Ruva Ngwenya has a rousing presence as his wife Winnie. Tim “Timomatic” Omaji plays an activist who meets Mandela in prison.

A significant portion of the show centres around the actions of a fresh-faced white policeman, Peter Van Leden (Blake Erickson) at Sharpeville. His arbitrary act that will haunt him for the rest of his life. Van Leden is a dramatic force for division through much of the production.

A huge feature of the show is the staging, with a large variety of tableaux. It was singularly impressive throughout. 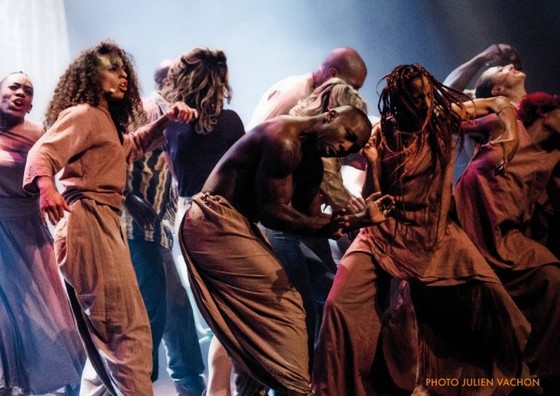 Incidentally, the name of the production, Madiba, is drawn from the clan of which Mandela was a member. While I’m familiar with his story, I dare say the musical will be illuminating for those that are not. I’d class it as a populist representation. It’s an unashamed crowd-pleaser with some sparkling chorus numbers and moving solos … and the opening night crowd lapped it up.

Madiba The Musical doesn’t have the depth or maturity of a classic work like Les Miserable, but the diversity of musical styles and a compelling storyline give it instant appeal. It’s playing at the Comedy Theatre in Melbourne until 28 October; before moving to the State Theatre in Sydney on 1 November, the Canberra Theatre Centre on 22 November 2018, and Crown Theatre Perth on 2 January 2019.