The world premiere comedy Lottie in the Late Afternoon explores some big questions. What is life all about? Can it be meaningful? What is the path to true happiness? 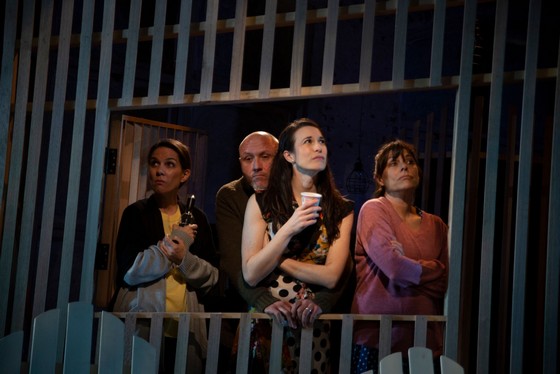 Lottie (Laura Maitland) who works in a craft store, and her 37-year-old husband Ryan (Linc Hasler), are stress-heads. They rarely get time to see each other, let alone friends. So Lottie invites a couple of her besties to join them for a weekend away in New England. One is her gay friend Clara (Michala Banas). She’s frequently sad and has been having an affair with another in Lottie’s inner circle, Anne (Ally Fowler). They all meet up in a tiny house at the edge of a cliff. Secrets are unveiled and friendships tested. Many of the conversations are awkward, to say the least.

LA-based Australian playwright and screenwriter Amelia Roper gives us an exaggerated sense of reality with Lottie in the Late Afternoon. So much that happens is about excessive reactions and interactions. Loneliness and isolation play a significant part in what unfolds.

The play has a Seinfeld-meets-Samuel-Beckett feel to it. And it features first-rate performances. All the quartet are excellent. Some of the best lines – and there are some humdingers – go to Hasler, whose character suffers from low self-esteem; and to Maitland, who rides each bump as if it were a boulder. 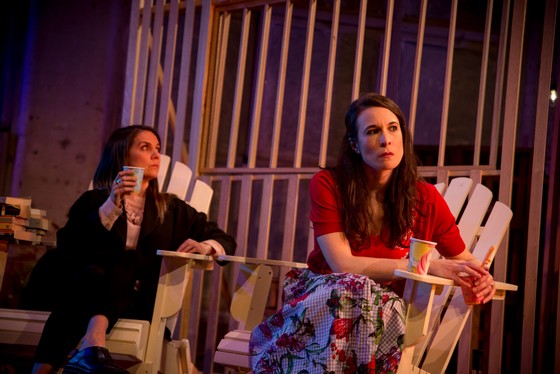 Lottie in the Late Afternoon is quirky and that doesn’t let up for the whole two and a half hours. Tim Roper has built a fine set using a wooden slat design. First-time director Marg Downey displays a fine understanding of Amelia Roper’s material.

Lottie in the Late Afternoon is yet another triumph for The Kin Collective, which was formed in 2011 with a commitment to fine acting and the art of storytelling. It’s playing at fortyfivedownstairs until 30 September 2018.